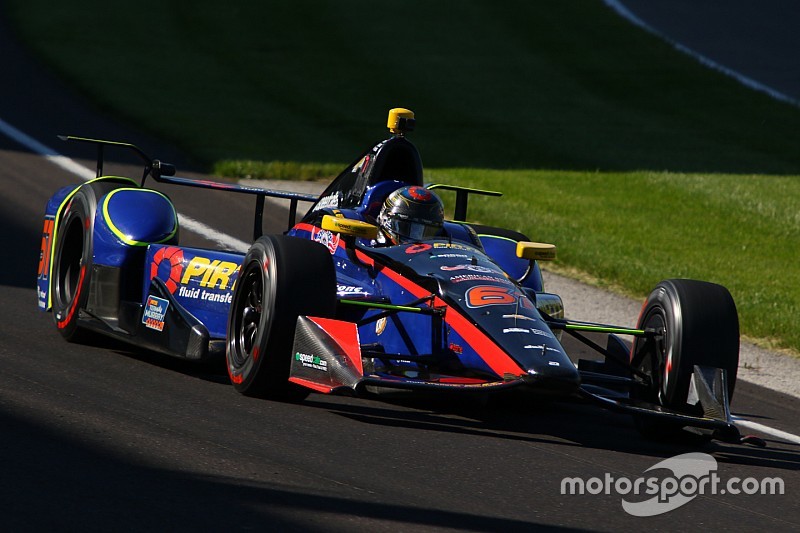 Vasser played down the risk of employing two new IndyCar drivers and turning KV into a three-car outfit for the 100th running of the Indianapolis 500. He said adding Brabham and Wilson to IndyCar full-time Sebastien Bourdais had worked because “the temperament of Matt and Stefan has been correct from the start.”

Vasser told Motorsport.com: “We’ve done this before, running rookies together – [Takuma] Sato and [Mario] Moraes and a two-year ‘veteran’ in EJ Viso. But these guys are a lot more level-headed.

“Stef and Matt are rookies, yeah, but I’d say they are pro rookies. They’ve won races in Indy Lights, they deserve to have a chance, and their heads are in the right place. Think about the advice they’ve had: big brother Justin [Wilson] and Geoff [Brabham] as your father – one of the greatest sportscar drivers and a great IndyCar driver too.

“So they’re pretty switched on and relaxed, not freaking out. We had Will Power as a rookie here back in ’08, and he was flipping out; he did not want to be here at all! But I know Matt’s close with Will and they’ve had talks, and honestly, Stef and Matt have just been good to have on the team.

“They haven’t done anything stupid yet, but sooner or later, everyone does because that’s how it is. That’s how they learn. You can talk to rookies all you want but experiencing it for themselves is the best way for them to learn.”

Vasser said that both himself and Bourdais had been careful not to over-advise Wilson and Brabham. Instead they had followed a policy of, ‘If you need anything, I’m right here.’

“And that’s not just for talking about driving; it’s for everything. I think they both appreciate they have access to all the resources we have to offer.

“But we’ve also surrounded them with the right people. Matt’s race engineer Andy Brown [who engineered the Galmer in which Al Unser Jr. won the 1992 Indy 500] has been great, and Mitch Davis is obviously top quality, too. And on Stef’s side we’ve got Steve Moore and Zack Eakin. They’re all good people.”

Jimmy Vasser said the target for his rookies would “of course be to bring it home” and said that his ambitions could not go any further until he knew where KV Racing and Chevrolet stood relative to Honda and its teams.

“If they don’t do anything stupid, if we get the car sorted for them and we give them good pitstops, I think both drivers should be strong,” he said. “But I don’t know how we’ll be compared with the Hondas. As you’ve seen this week, Honda seem to have got their act together. For all I know, it could be hard for even Sebastien to finish in the top 15. There’s just a lot of unknowns at the moment.

“The other thing is, although I just told you we’ve surrounded Matt and Stef with good people, they’re still thrown together later than most of the teams on pitroad; they’re not full-time teams. So a result could still be influenced by a dropped wheelnut at the last pit stop or whatever.”

Asked if he could at least prepare Wilson and Brabham for the opening lap of the 500, when struck by aero turbulence from as many as 30-plus cars ahead, depending on where they qualify, Vasser harkened back to his own rookie  run at Indy.

“I remember it well,” grinned Vasser. “I was down on the 10th row, surrounded by this brown dust and the methanol fumes. And in all the turbulent air you get from back there, all 10 of my visor tear-offs fluttered around for a couple of seconds, and then blew off all at once. That was before I even go to the first turn.

“So then when I came into the pits, the guy is wiping my visor and all it’s doing is shoving all the oil and grime into all the pits and stone chips you’ve got across your visor by then. By the time I crashed in Turn 1 and broke my femur – it was ’92, the ultra-cold year where everyone crashed because of tire temperatures – I couldn’t see anything.