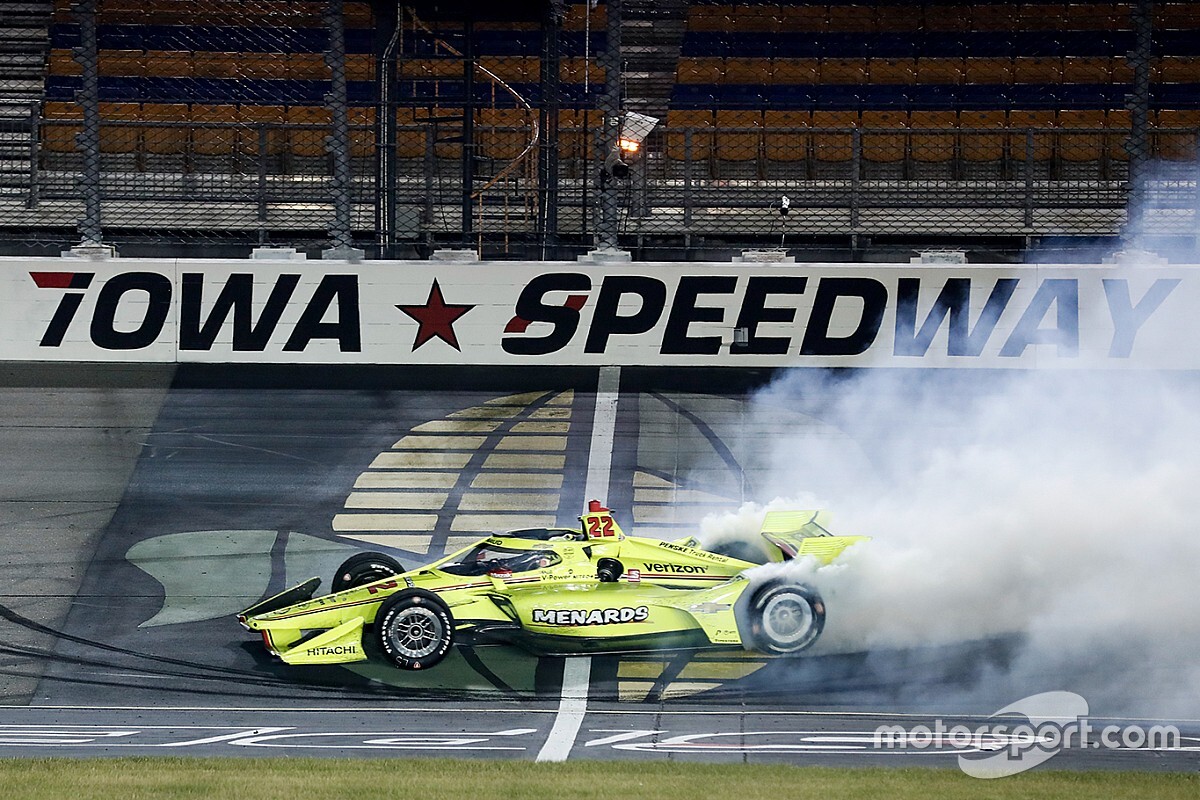 Friday July 17 and Saturday July 18 sees the NTT IndyCar Series’ second of three double-headers currently planned for the 2020 season. Here’s how to watch all the action from both days of action from the Iowa 250s at IndyCar’s shortest track, Iowa Speedway.

While IndyCar lost its only traditional double-header, the Belle Isle, Detroit races, to the fallout from the Covid-19 pandemic, three double-headers were established to partly compensate for the deletion of not only Detroit but also the races at Barber Motorsports Park, the streets of Long Beach, Circuit of The Americas and Richmond Raceway. The first double-header was held last weekend at Road America, and now IndyCar arrives at the 0.894-mile oval at Newton, Iowa.

One of the most notable aspect of the Iowa 250s is the unusual qualifying procedure. As has become usual on ovals, qualifying is a one-by-one affair, with each car running two consecutive flying laps. However, grid positions on this occasion will not depend on an average of these two laps. Instead, the first lap will set the grid for this evening’s race, and the second lap will set the grid for tomorrow evening’s race.

Another interesting aspect to watch in the races is the fact that Firestone has brought the same tires as in 2019 – same construction, same compound. Given the 2020 aeroscreen-induced shift in the cars’ center of gravity and weight distribution – and the abrasive track surface at Iowa Speedway – the teams and drivers will find it challenging to find a good setup that doesn’t punish the rubber.

Team Penske-Chevrolet’s two-time and reigning champion Josef Newgarden took pole for today's race, while Simon Pagenaud came from the back of the grid to win last night.

This weekend’s races are the 14th and 15th IndyCar races at Iowa Speedway, with four former winners on the grid. Andretti Autosport’s Ryan Hunter-Reay has taken victory here three times, Newgarden twice, while Marco Andretti and Tony Kanaan – who returns this weekend to replace Dalton Kellett in the #14 AJ Foyt Racing-Chevy – have one Iowa win each.

For spotter’s guides and entry lists (yes, there are two of each!), as well as facts and figures for IndyCar’s races at Iowa Speedway, click here

Mix of pleasure and frustration for Penske after first Iowa race