Toronto winner Simon Pagenaud says that his Team Penske-Chevrolet was so “phenomenal” this weekend that he felt he had the measure of his IndyCar rivals without having to run on the edge, and that gave him confidence while under pressure from Scott Dixon in the closing stages. 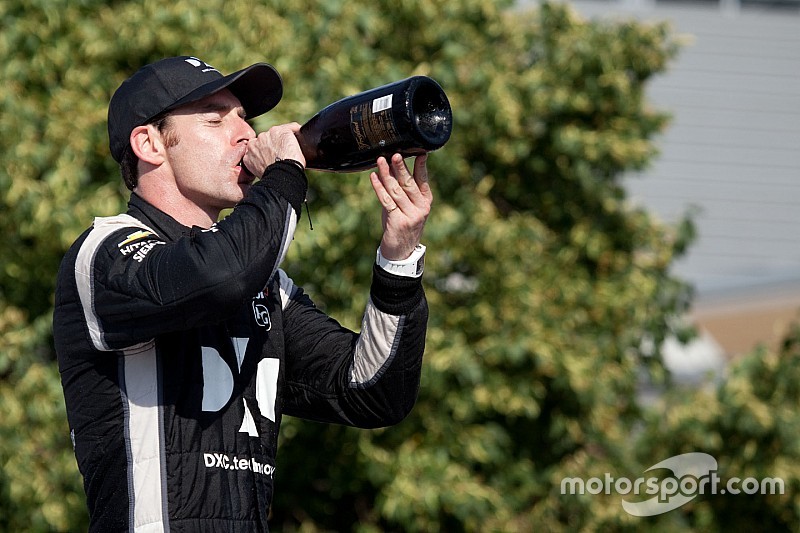 The 2016 IndyCar champion and this year’s Indy 500 winner has put himself firmly back into the championship hunt with his third victory of the season, and he now lies just 36 points behind championship leader and teammate Josef Newgarden.

Pagenaud, who topped two practice sessions and qualifying, led 80 of the 85 laps and only looked under threat from Chip Ganassi Racing-Honda driver Scott Dixon in the closing laps as he tried to manage his fuel consumption while also needing push-to-pass to get around backmarkers

“The car handled really well,” he explained. “We definitely had an advantage on the tire wear. I knew we had a really good racecar. We were able to match the Honda power pretty well. Helped us really to perform even better, so thanks to Chevy.

“On the black Firestone tires, we were trying to make the fuel [mileage]. Passing the backmarkers at the end was very complicated. I just played the game with Dixon to make sure I was covering myself through Turn 1, catch the backmarkers.

“That wasn't very fun for the leaders or for the fans. If I was trying to pass them, I would use a lot of fuel. They were making it quite difficult. I just used my experience to be smart there…

“I built a gap at the beginning to be safe over the pit sequence. Then at the end when I saw the backmarkers, I knew that was his chance to come back. So what I did is once I figured out that [Ryan] Hunter-Reay was using 'push to pass', I could use my 'push to pass', but I was using a lot of fuel doing so. I was putting myself at risk.
“What I did is I just looked at where Dixon was strong and I adjusted my pace to make sure I was ahead of him enough, and not bothered by the backmarkers through Turn 1 and 3. The rest of the track Dixon couldn't pass me, so I was saving the fuel there. I kept a distance from the backmarkers not to be in trouble myself. I used a bit of experience there. Throughout the years I learned how to do that, watching the greats. That's how I pulled it off.”

Pagenaud explained his ability to soak up the pressure from Dixon came from running a car that he felt had been strong throughout the weekend.

“I was very composed today because I knew I had such a great racecar,” he said. “It was just frustrating in a way. But I've been racing for a while now, so I managed to control my emotion and found a way to use backmarkers to my advantage. Really I was in that mentality this weekend, just positive, never thinking negative.

“Certainly the car was phenomenal this weekend, so it really was a matter of understanding how to extract the maximum out of it and stay on that aggressive level. I kept driving hard all weekend, while still having some margin – except in qualifying…

“That really was a comfortable zone. Definitely a good approach certainly. I'm still working on that to make sure that happens every race!”