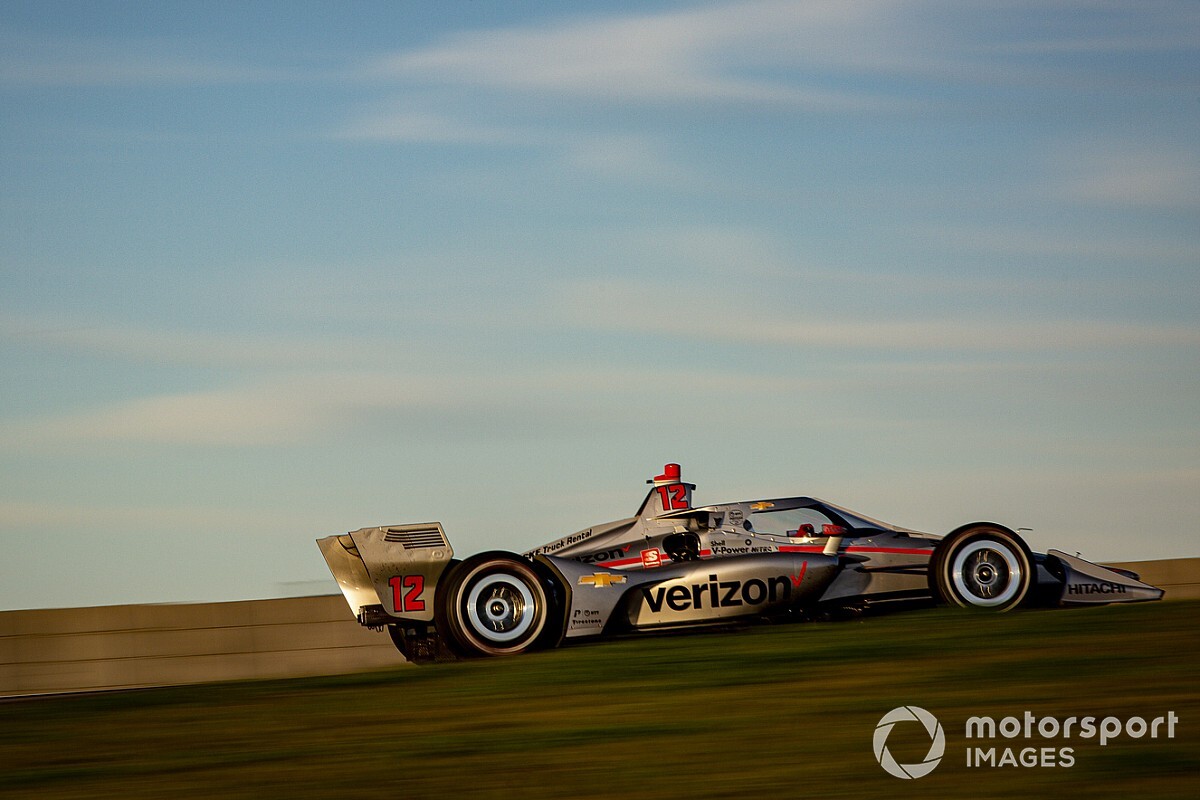 Team Penske-Chevrolet 2014 IndyCar champion and 2018 Indy 500 winner Will Power has vowed to remain calm when things go wrong in order to improve his consistency in the 2020 season.

Ahead of the 2020 NTT IndyCar Series’ second round, to be held on the Indianapolis Motor Speedway road course, Power told the media that he wasn’t going to let a bad result in the season-opener at Texas Motor Speedway push him into making an error this weekend.

“My focus is just on doing what I’m prepared for, which is driving,” said Power, who saw his podium hopes at TMS last month irretrievably damaged by a disastrously slow pitstop. “As soon as you think about winning you’re being a little desperate…

“Last year I made those mistakes. At St. Pete I was quick enough to win the race and we made a wrong strategy call, I was leading at COTA and the gearbox broke, so we went to Long Beach and I got a little bit desperate and ended up finishing seventh when I should have been top three and maybe had a chance to challenge for the win.

“So you can’t get desperate – any time you do, it ends badly.”

Power cited his teammates Josef Newgarden and Simon Pagenaud, as well as Chip Ganassi Racing’s Scott Dixon, as being “crazy-consistent”, and therefore the toughest opponents over the long haul of the season. He pointed out, “You can’t have bad results and expect to be contending [against them].

"So I’ve prepared very well, I’m very focused and I’m going to do my absolute best.”

Returning to IMS’s 2.439-mile 13-turn road course, a venue on which he has won three times, same as defending winner Pagenaud, Power observed: “It’s definitely been a great place for me, and I always look forward to going there. And now that Roger owns it, it’s even more special for us as a team.

“It’s just one of those tracks that really clicks with me. You notice that when you’ve been around racing for years - that there’s some places that come easier for you. And that’s not the case every year: there’s been years where we struggled. They’re the years Simon won!

“But I love the road course, I love the technical segments like Turns 1-2, 7 through 10, and 12-13. There’s so much give and take there to work out what really is the quickest way through those sections. A lot of technicality goes into it and that’s what I enjoy about it.

“The field is usually super-close there, which says that because it’s a high-grip surface, with even grip level all the way around, it’s reasonably easy – but therefore it’s hard to separate yourself from the group.”

Asked if Penske having a three-car team enables the squad to try out different wing compromises to cope with the twisty sections yet also be fast enough on the track’s two long straights, Power suggested that in fact comparing driving styles with Newgarden and Pagenaud was of greater value than setup experimentation.

“There were some years where you trimmed significantly because the rear wing wasn’t very efficient,” said the 37-time race winner, “but this latest aero package is quite efficient. You don’t get a big gain from trimming out – but we probably will trim a little in the race.

“The biggest thing you learn from having three cars is the techniques the other guys are using through those technical sections and trying to piece together what is the best approach.

“The whole series gets each other’s data though. Everyone can see everything so you get a lot of information after practice to really digest and understand what’s best going into qualifying. But it’s a fairly short weekend so you’ve got to be on top of it very quickly.”