Power wants shots in Supercars at Bathurst, NASCAR on an oval

Will Power says he would like a chance to race for DJR Team Penske in Supercars’ marquee event, the Bathurst 1000, as well as compete in a NASCAR race on a 1.5-mile oval. 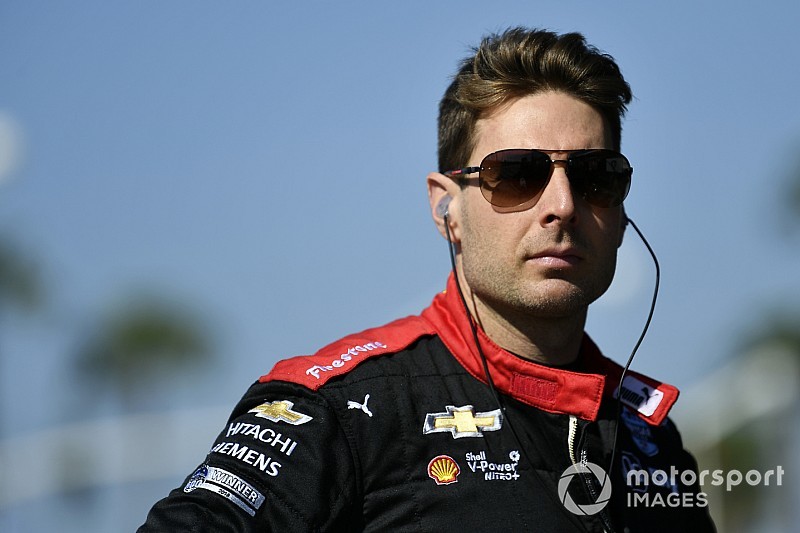 Speaking with Dale Earnhardt Jr on the Dale Jr. Podcast, the 2014 IndyCar champion and 2018 Indy 500 winner said that a return to Bathurst’s legendary four-mile Mount Panorama course would be on his bucket list, having competed there twice before.

“It’s an amazing high-commitment, flowing-corners track,” said Power, “and it’s almost built for a sedan. An open-wheel car wouldn’t do it justice because you’d just be wide open all across the top.

“But in a Supercar, a heavy car, it’s a handful. Coming down over Skyline just as you start heading down the Mountain – how steep that is, it’s a blind corner, and I think they’re in fifth gear there. Amazing, amazing track. Really tough. I really want to do it again.”

“I raced a V8 there [with Mark Larkham in 2002] and they had a 24-hour race there and I raced a Porsche [911] GT3 [with Des Wall, Paul Freestone and James Koundouris in 2003] which was just awesome, amazing. I had the early morning stint, like 4am, and just as I’m coming over the crest, I see the sun – one lap the sun wasn’t there, next lap she’s popped up. Just a really cool event, really fun car to drive.

“But I want to go back and do the Bathurst 1000 now Penske has a great team. It’s just a cool event and as an Australian, that was the race you watched as a kid. You’d get up when it started early in the morning and you’d watch it all day.

“It’s a dream of mine to win that. Any Australian kid, it’s a dream to win Bathurst. So I want to go back there and have a shot, or just get some experience there and be in a position where I could potentially win it.”

Power, who has accrued 35 wins and 56 pole positions in the NTT IndyCar Series, says he also wants to try out the NASCAR Monster Energy Cup Series. Although he laughed at the idea of doing the Indy 500/Coke 600 double one Memorial Day Weekend, he said an oval would be his preferred choice of track.

“I have been trying; I want to do an oval race in a NASCAR,” he said. “I just want to drive one and feel what it’s like.”

Earnhardt responded: “You’d think you could get that opportunity at a test or something, with Roger [Penske],” although Power replied: “But they don’t do anything for no reason, know what I mean? Just so I could experience the car. It’s gotta make sense to them…

“But I think I’d love it. I’ve done it on iRacing, and I thought ‘I love these things’. I don’t know how close it is – probably miles off.”

Power praised NASCAR ace Kurt Busch for his 2014 efforts to compete in both Memorial Day Weekend classics. Driving an Andretti Autosport-Honda to 12th on the grid and sixth in the race, he earned the Indy 500 Rookie of the Year title. He then flew to Charlotte but his Stewart-Haas Chevy blew an engine before three-quarter distance in the Cup race.

Said Power: “Kurt Busch did a bloody great job [at Indy]… In the last practice [Monday after qualifying], I was following him and right in front of me … Boom! … into the wall.

“And what blew me away, he didn’t lose confidence. That was his last time in the car [aside from the Carb Day hour]; next time was the race. And he jumped in and not a problem.

“Normally, when you have a hit in an IndyCar, they’re bloody big, man. They hurt and sometimes you don’t even know what happened…so you’re a bit unsure when you get back in. I guess in NASCAR you have so many hits, that you’re like, ‘Oh, it’s just another one! I’ll jump in.’ But I was impressed. He did a bloody good job.”

Regarding more NASCAR drivers attempting the Indy 500, Power said: “I think some of the Cup drivers would be more willing once they put the windscreen on. That’s coming next year and it’s going to be a lot safer. A lot safer.

“I’m not going to say it’s done, but the plan is to have a windscreen next year, which to me is a huge step in safety, the last big step in safety that they need to implement. Because when you look at the last two fatalities [in IndyCar, Dan Wheldon and Justin Wilson], it would have prevented it. I think people will feel a lot safer and more confident in coming over to do a one-off at Indy…

“It will be a full windscreen, which is what we need. Because when one of those cars on a superspeedway crashes in front of you… I remember at Indy a couple of years ago, I put my arm up but [thought] it’s probably going to get chopped off at the speed you’re doing. Stuff goes everywhere, and just the tiniest piece hitting you on the helmet can knock you out.

“So I think more Formula 1 drivers will want to race Indy and the same with Cup drivers, just because it’s safer.”

What Wickens (and Hinch) can teach Ericsson about ovals

Jimmie Johnson to compete in Nationwide Series race at Phoenix