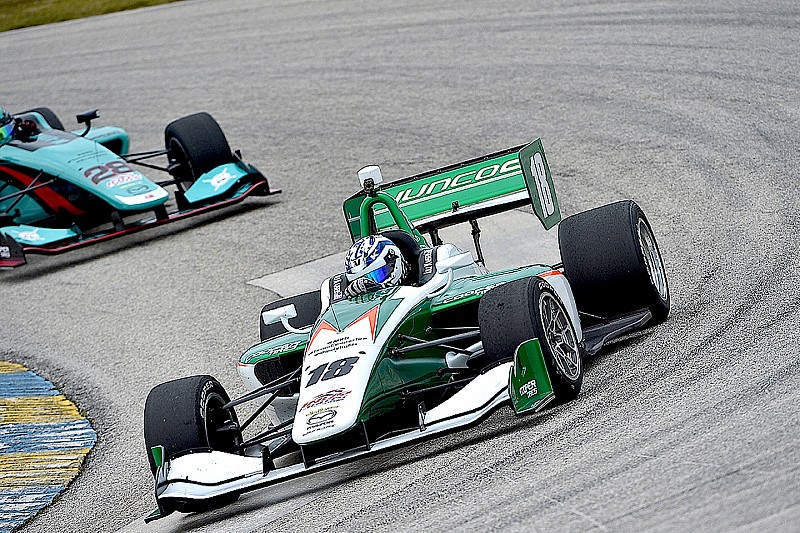 Kyle Kaiser put Juncos Racing on pole position for the third race in the Indy Lights season after an incredibly close battle that saw the top four cars covered by just 0.17sec.

Herta himself was a mere 0.0528sec ahead of Andretti teammate Nico Jamin, while Santi Urrutia in the Belardi/Schmidt Peterson machine was 0.0864sec adrift.

The 60-minute race is due to start at 2pm Central today, with a further qualifying session and race tomorrow (Sunday).