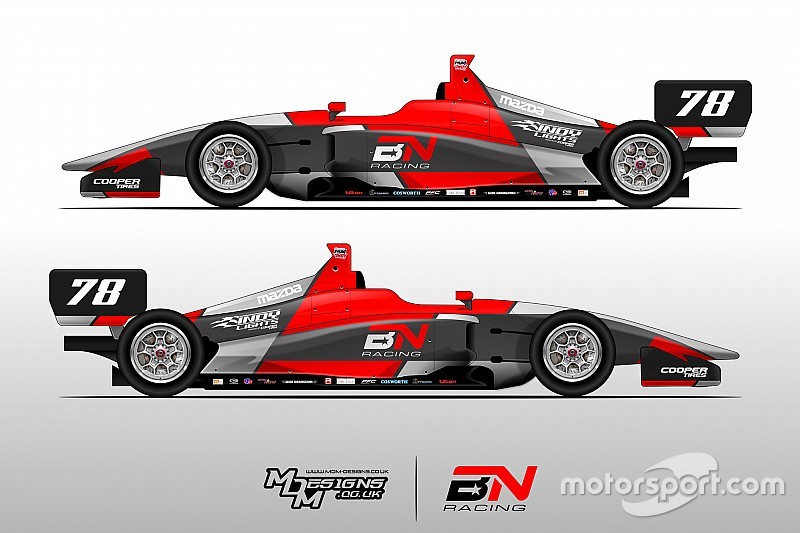 BN Racing will have entries in all three series on the Road To Indy next year, as it expands to include “at least one” Indy Lights entry.

The Chicago-based team, run by Englishman Bryn Nuttall, entered USF2000 in 2017, running David Malukas for two-thirds of the season in which he landed a pole position and runner-up finish at Road America, and rounded out the year with three consecutive top-six finishes.

Several more top-six finishes were earned by Keith Donegan in a partial USF2000 season this year, while the team also expanded to Pro Mazda, Malukas rewarding BN with three wins and fourth place in the championship. Toby Sowery completed the team’s 1-2 finishes at Road America.

Said Nuttall: “I’m delighted to be able to announce we will enter the 2019 Indy Lights championship and complete the team’s ability to offer all three categories of these outstanding racing series operated by Andersen Promotions

“Not only is this a key step in moving forward as a racing team but with the extra personnel coming in, this will also strengthen my already established USF2000 and Pro Mazda teams, which is a very critical point for me. My aim is to have the capability of winning in every series we enter.

“I’m under no illusions on how tough 2019 in Indy Lights is going to be, but we’ve shown many times over the last 18 months what we are capable of, so let’s see what happens when March arrives.”

With Mazda pulling out of the Road To Indy and only seven fulltime entries in Indy Lights this season, BN Racing’s arrival is seen as an encouraging sign for the series.

The winner of next year’s Indy Lights championship will claim a newly-enhanced scholarship valued at $1.1m to guarantee entry into at least three IndyCar Series events in 2020, including the Indianapolis 500.