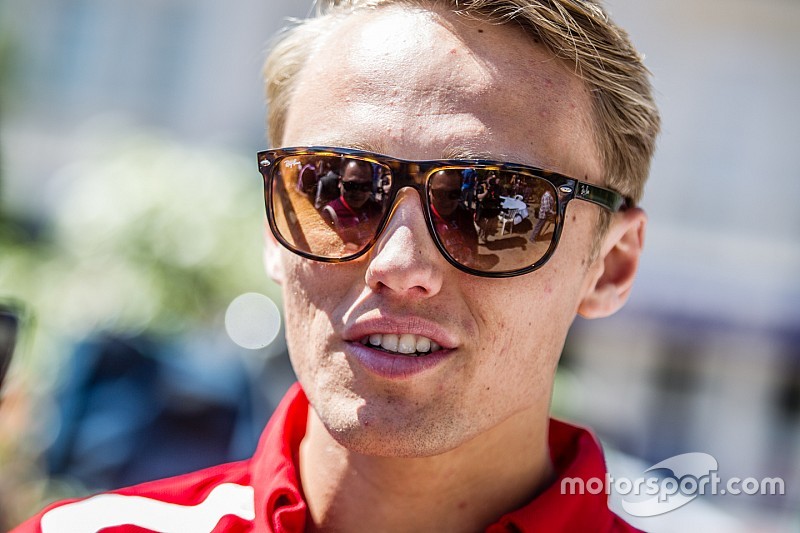 The Brit earned his first oval pole in his racing career and turned that into a dominant win, leading nearly 87 of 100 laps on the way to a Carlin Racing 1-2 finish ahead of teammate Ed Jones.

Chilton’s victory, his first in any series since 2012 in GP2, was especially emotional, coming just after the passing of his former Formula One teammate Jules Bianchi.

He was a driver destined to probably be a world champion

“He was a driver destined to probably be a world champion, if not definitely," said Chilton of Bianchi.

"For two years I was usually behind him, following him. Occasionally I would perfect it and he wouldn’t like it and he would find a way of being quicker and by doing that for two years, I’ve learned a great deal from him and I think that carried on in the race today."

Jones took his first runner-up finish of the season ahead of Schmidt Peterson Motorsports’s RC Enerson, who earned his fourth podium of the season.

The race was shortened from a scheduled distance of 115 laps to 100 laps because of fuel concerns, but those concerns were moot for Ethan Ringel, who caused the race’s only caution by coming to a stop at the end of the front straight on lap 63.

After the race went back to green flag racing, Felix Serralles dropped out with six laps to go.

At the top of the championship, the points gap widened slightly, with Jack Harvey’s lead going from 14 points to 18 points, with Spencer Pigot finishing eighth after Harvey’s fifth place finish.

Jones keeps eyes fixed on the prize despite Mid-Ohio disappointment