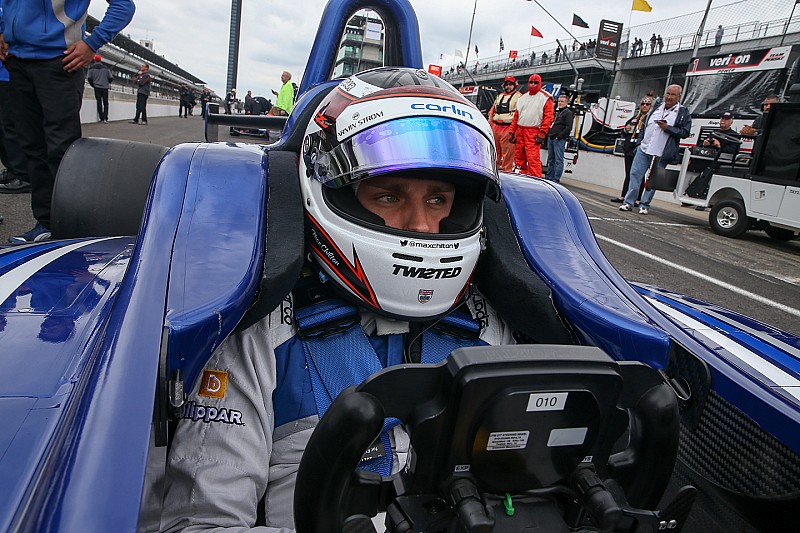 Max Chilton will race with a heavy heart today.

Jules Bianchi’s passing has left a sad mark on the motorsports world, the first Formula 1 driver to lose his life as the result of a race accident since Ayrton Senna over two decades ago in 1994.

A teammate, rival, and friend

“He was a good friend, he was the most determined professional I've ever met ever since I knew him when we were karting teammates at the age of 11 or 12 and he was the same back then, he'd do anything to be quick and most of the time he was, and if I was having a good day where I was quicker, he would soon find a way to be quicker so he was destined for great things,” said Chilton.

Chilton honored his friend by securing pole position for today’s Indy Lights race at Iowa in a run that did not go completely smoothly. He had a massive moment coming out of Turn 4 on his second lap. "I was loose on the out lap and did as much as I could with the tools to protect ourselves from that but it wasn't enough and just, car got away from us on the bump.

“Yesterday I was fairly quick, we were maybe a tenth off and Ed hadn’t done it flat yesterday so he went to the aero I was on yesterday which I knew worked. I was surprised by the time he did just before and I thought ‘wow, that’s pretty quick,’ so hopefully I will be quicker, and I was, but it was more on the edge and it was actually slightly too much, the rear was moving around but it worked and we’ll have to put a little bit more back on for the race."

Not much oval experience

This is Chilton’s second oval racing start after his car failed to start for the Freedom 100 at the Indianapolis Motor Speedway and he seems to be enjoying his time driving on oval circuits.

“It’s very different, you know I’ve watched it quite a few times and it’s nothing like what the experience is like when you’re actually watching it on TV, or even standing here, when I look at the oval here, it looks so different from when I’m in the cockpit, so there’s a huge amount to learn and I wish a lot of drivers could experience it because there’s a lot more to it.”