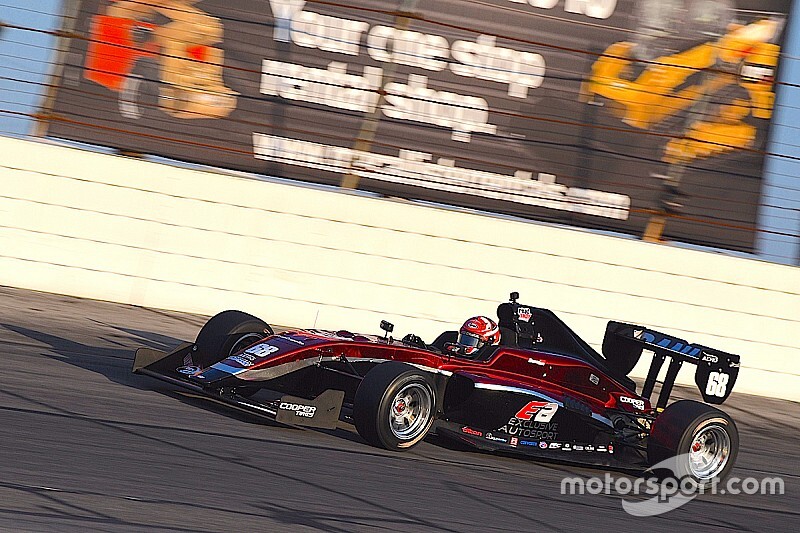 Canadian team Exclusive Autosport, which currently runs in F1600, USF2000 and Indy Pro 2000, has announced it will enter the 2019 Cooper Tires Indy Lights Series in 2020.

Exclusive is currently the only team in North America with a development ladder system bridging from F1600 racing into the Road to Indy Presented by Cooper Tires, and will from next year complete the Road To Indy ladder with a Lights campaign.

Michael Duncalfe, team principal, has already purchased a Dallara IL15 chassis, and is hoping to run two cars next season. The team’s debut will be the Chris Griffis Memorial Test at the Indianapolis Motor Speedway road on October 19-20.

“This is truly a dream come true,” enthused Duncalfe. “When I started Exclusive Autosport in 2013, competing in the Road to Indy was always the goal. However it seemed like a distant reality.

“To be sitting here, announcing that we are expanding to Indy Lights and have a four-tiered ladder system after seven years of competition, is one of the proudest moments of my career. This transition is a natural fit for the Exclusive Autosport program.

“Dan Andersen and the entire Road to Indy organization have been incredible to work with from day one. They have been very supportive of our efforts. We are thrilled to be a part of it. I want to thank my wife and children for all of their support and my incredible crew led by Mirl Swan. We are looking forward to what 2020 will bring.”

Exclusive Autosport has won the last eight titles in the Toyo Tires F1600 Championship and the Formula Tour (Quebec) programs. They have also earned the championship in the last four seasons in the combined F1600 Super Series.

“We are excited to welcome Exclusive Autosport into the Indy Lights family,” said Dan Andersen, owner and CEO of Andersen Promotions which operates the Road To Indy series. “Michael Duncalfe parallels our goals in the Road to Indy of providing a complete ladder system for drivers to advance, and his expansion into Indy Lights now completes this platform for his well-established and highly regarded team.

“His passion for helping tomorrow’s talent was evident from Day One, and we look forward to seeing him and his drivers on our Indy Lights grids next season.”

Supercars forced to move NZ round to Hampton Downs