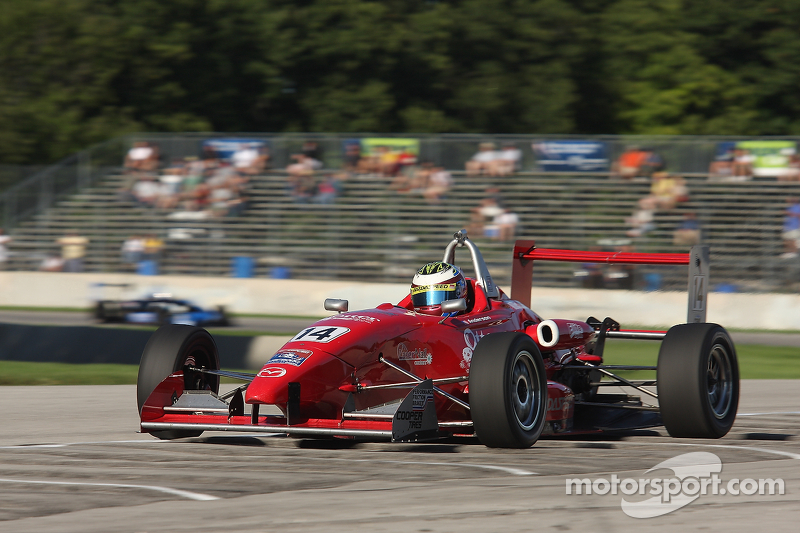 After a season on the sidelines, Fan Force United is excited to announce their return to Indy Lights presented by Cooper Tires, with Mazda Road to Indy veteran Scott Anderson leading their return to competition.

Scott Anderson, the 24-year-old American racer from Fort Collins, Colorado, continues his rapid ascent up the Mazda Road to Indy ladder. Anderson began his journey as the 2011 BF Goodrich Skip Barber presented by Mazda National Champion, graduating to the Cooper Tires USF2000 Championship Series in 2012 where he posted 2 wins, 6 podiums, and 9 top five finishes on his way to a third place finish in the championship standings. Anderson used that fantastic rookie campaign to advance to the 2013 Pro Mazda Championship presented by Cooper Tires where he scored a fifth place championship finish. 2014 marks the next step in Anderson’s dream to compete in IndyCar.

Ready for the new challenge of Indy Lights presented by Cooper Tires, Scott is confident in both himself and his new team, stating “I'm very excited for the upcoming season with Fan Force United. It's a new series and car for me so the focus early on will definitely be to learn the car and adjust as quickly as I can. There's a lot of experience between everyone on the team and so I look forward to absorbing as much knowledge as possible and getting some good results.”

A key component to Scott’s development as a driver and progression to Indy Lights has been his involvement in the Derek Daly Driver Academy. Speaking to Scott’s joining up with the Fan Force United team, Derek Daly insisted that “This is the ideal move for Scott at this time in his career, because the team is an experienced group who have a point to prove,” adding “I look forward to them growing and proving their points together.”

“We’re back!” exclaimed Fan Force United co-owner Tyce Carlson. He continued: “After the 2012 season that we had, running almost the entire Lights season and having the opportunity to jump in at the last minute and run the 500 with Jean Alesi , it was really tough sitting out last year. We’ve never stopped working on getting back on track, and we’re excited to be getting out there with Scott. He has a solid record as he has progressed up the ladder and has proven himself at every level. With the team that we have assembled and will be putting around him, we’re pretty confident that we’ll be able to pick right up where we left off at the end of 2012 and be competitive very quickly.”

Adding to his partner’s sentiments, team co-owner Chris Williams added: “It’s great to be heading back to the racetrack, and we’re certainly pleased that we’re going with a guy like Scott. With him progressing from USF2000, to Pro Mazda, and now on to Lights, it’s clear that the ladder is working the way it’s supposed to work. There’s just a new continuity and energy in and around the Indy Lights series and the entire Road To Indy, and that has a lot to do with Dan Andersen and his people at Andersen Promotions, as they’ve done a lot of work in a very short time to improve the series in a way that is quite helpful to teams and drivers. It’s been great working with him already, and we’re pleased to be a part of the new era of Indy Lights. We can’t wait to get started again. With Scott in our car as a solid new foundation, we expect to be a bigger part of the series going forward, as we intend to be pairing him with a strong teammate in our second car in the very near future.”

Toyota calls up Super Formula rookies to race at Okayama