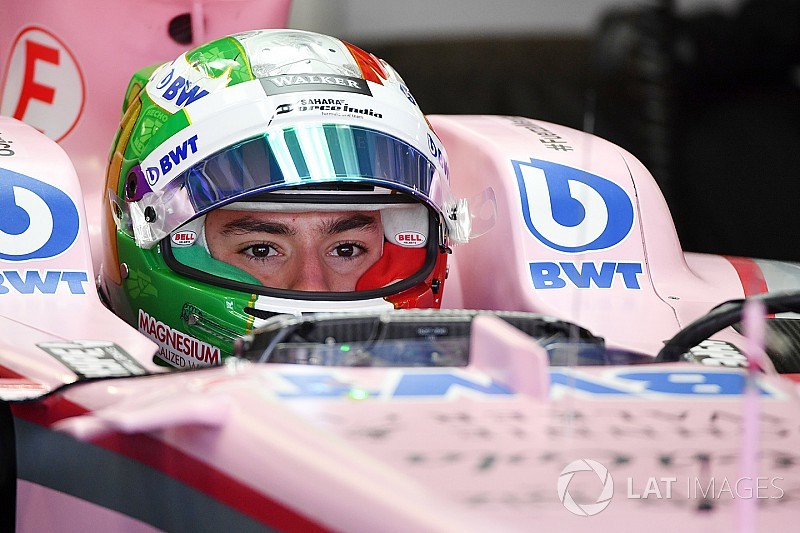 Mexican driver Celis was part of the Force India set-up in the past two seasons, driving for the team in various tests and nine Friday practice sessions.

But a revamp of F1 superlicence regulations, which included new, stricter requirements for drivers to partake in any grand prix weekend sessions, meant the 21-year-old was made ineligible for further outings.

With Force India subsequently naming F2 racer Nicholas Latifi as its new reserve driver, Celis has now made the switch to the American open-wheel racing scene.

“I have known the team for a long time and it was finally time to do something together,” Celis said of his Juncos deal.

“The Indy Lights championship has proven to be very competitive and I’m confident that, with my experience and with the success that the Juncos team has had, we should be able to be a contender for the championship right away.

“Being in IndyCar has always been something I’ve dreamed of.”

In Juncos, he joins the team that took Spencer Pigot and Kyle Kaiser to Indy Lights titles since entering the series in 2015 – and that now has a presence in IndyCar, having confirmed a part-time campaign with Kaiser.

Ricardo Juncos said of his new signing: “He [Celis] has incredible talent behind the wheel, which we first had the chance to see when he tested with our team in the Pro Mazda car back in 2013.

“Alfonso brings a lot of experience to the series after spending most of his time running in open-wheel series throughout Europe, and he was even a Formula 1 reserve driver for Sahara Force India.

“I am confident he will be a top contender this year for the championship.”

Celis is the second driver confirmed at Juncos for the upcoming Lights campaign and will line up alongside the team's reigning Pro Mazda champion Victor Franzoni.

Celis claims he had IndyCar options for 2018