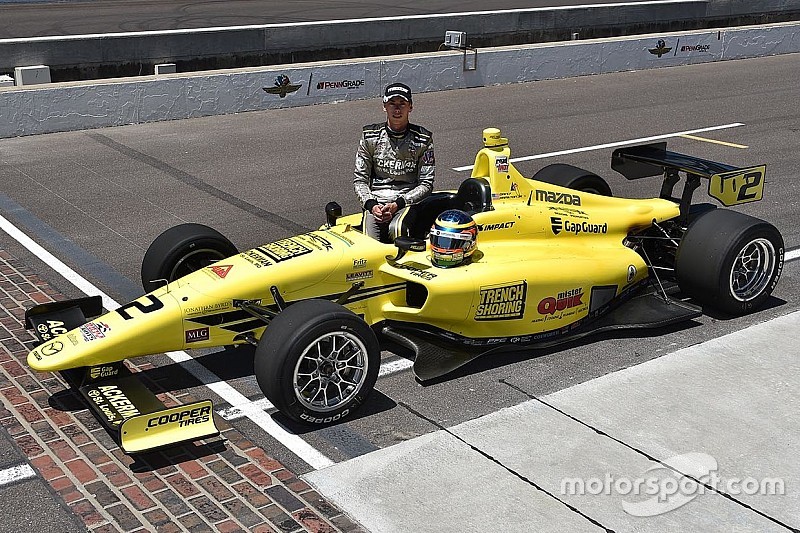 Davey Hamilton Jr. is facing charges of aggravated assault and false imprisonment of his ex-girlfriend after being arrested in West Palm Beach, FL. on Saturday.

The IndyStar is reporting that the USAC racer and three-time Indy Lights starter lured his ex-girlfriend, a fellow Indiana resident, to Florida by hiding his identity and offering her a job.

Hamilton Jr., the son of multiple Indy 500 starter and two-time IRL championship runner-up Davey Hamilton, broke into the girl’s hotel room while she was showering and then held her at knife point before she escaped and found assistance.

Hamilton then fled the hotel himself but was arrested later that night and confessed to planning the meeting with the intention of scaring his ex-girlfriend. As well as possession of a 10-inch knife, he also had bondage restraints and duct tape.

According to the Star, Hamilton was charged with two third-degree felonies – armed false imprisonment and assault with a deadly weapon without intent to kill – and is being held at West Palm Beach Main Detention Center on $30,000 bail.

Hamilton, 21, competed for McCormack Racing in the final two rounds of the 2016 Indy Lights championship, and finished seventh in the 2018 Freedom 100 driving for Team Pelfrey.