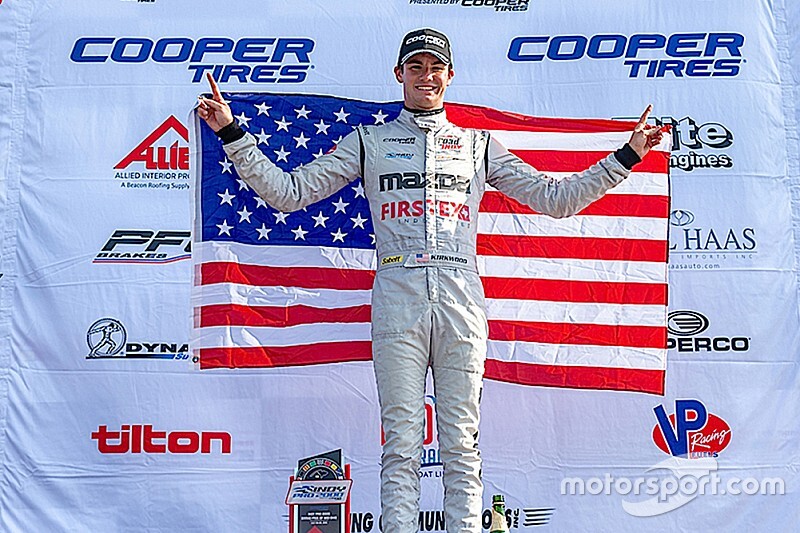 The 2019 Indy Pro 2000 champion Kyle Kirkwood has signed to race the #28 Andretti Autosport entry in Indy Lights this season.

Kirkwood has had a phenomenal run of success in junior formulas over the last three years. He won the 2017 F4 US Championship with Cape Motorsports and the 2018 F3 Americas championship with Abel Motorsports before switching to the Road To Indy program

With Cape again he won 12 of 14 races on his way to the USF2000 title and after graduating to the Indy Pro 2000 ranks with RP Motorsport Racing, he earned nine wins in 16 races to earn the title. The Road To Indy scholarship program has helped earn him a ride that sees him slot into the seat vacated by his friend and former karting rival Oliver Askew, who took the Lights title last season.

“We are very excited about the addition of Kyle to our Indy Lights program,” said Michael Andretti, CEO and chairman of Andretti Autosport. “We’ve followed Kyle’s career from when he started in 2018 with the Cooper Tires USF2000 Championship and have been impressed with his success in every race that led to his Indy Pro 2000 Championship last year.

“As a championship-caliber team, Kyle displays the desire and talent that we look for in our drivers and are excited to see him hit the track for the 2020 Indy Lights season.”

Kirkwood himself stated: “I am ecstatic that I can now say I am competing in Indy Lights with Andretti Autosport this season. They have established a winning program in Indy Lights and we plan to carry on that reputation throughout 2020.

“We are a fantastic match for each other and our Sebring test in December proved that.”