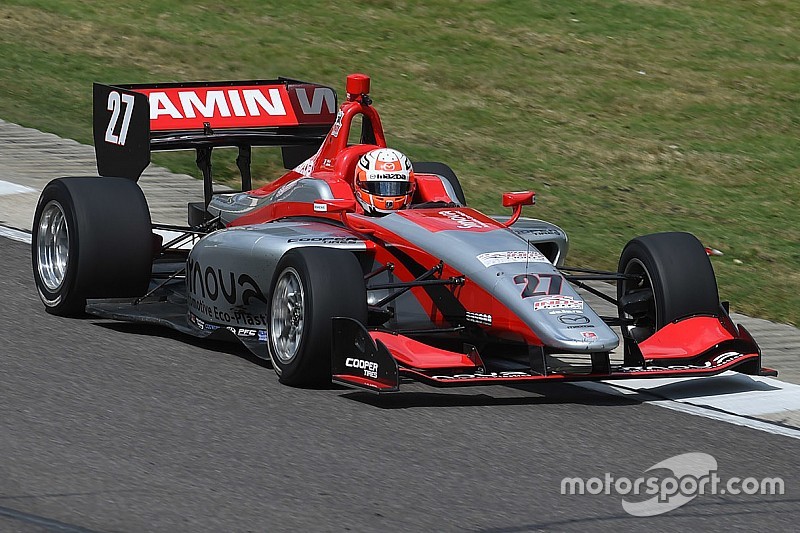 Jamin, who scored his first Indy Lights win at Barber Motorsports Park last month, set a 1min15.0642sec lap, an average speed of 116.972mph around the 2.439-mile course, and that was enough to edge his Dallara IL15-Mazda 0.03sec clear of Kyle Kaiser of Juncos Racing. Kaiser currently lies second in the championship but is still seeking his first win of the season.

In Pro Mazda, Victor Franzoni of Juncos Racing was a satisfying 0.35sec ahead of the driver who’s beaten him to victory in the first two races of the season, Anthony Martin of Cape Motorsports.

The remarkable pace of the new-for-2017 USF2000 car, the Tatuus USF-17 Mazda, is highlighted by the Indianapolis road course. Despite a 100hp deficit to the antiquated Pro Mazdas, Oliver Askew’s fastest USF2000 time of the test would have put him sixth fastest.

The Cape driver, who has won three of the four races so far this year and leads the championship, set a 1min24.7028 to go almost 0.45sec clear of his nearest competitor, Kaylen Frederick of Team Pelfrey.