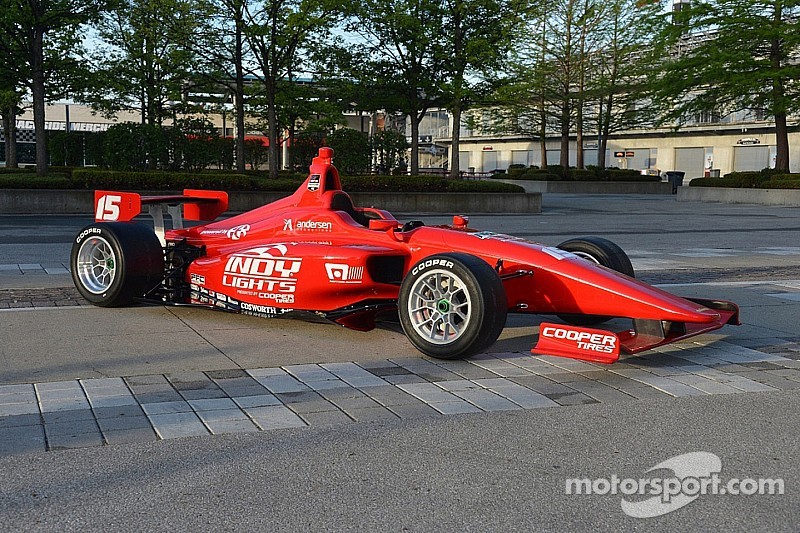 Numerous recent announcements show a strong field shaping up for the 2015 season of Indy Lights Presented by Cooper Tires. Powerhouse organizations Andretti Autosport and Carlin are the latest to commit to the reinvigorated series this week, bringing the total registered team count to 12.

The most recent driver announcements highlight the success of the unparalleled Mazda Road to Indy program with a trio of Pro Mazda Championship Presented by Cooper Tires graduates taking the next step on the ladder including champion Spencer Pigot who joins Juncos Racing alongside teammate Kyle Kaiser, and Shelby Blackstock at Andretti Autosport. Additional driver announcements are expected next week during the Performance Racing Industry (PRI) trade show in Indianapolis, Ind.

"We are thrilled to have Michael Andretti and Andretti Autosport continue their strong support of the Mazda Road to Indy and to welcome top British team Carlin to the grid next season," said Dan Andersen, Owner and CEO of Andersen Promotions. "Trevor Carlin and his group have helped to develop the careers of many of the top drivers in motorsports, and we are honored that they are expanding across the pond into Indy Lights.

"We have some outstanding talent currently in and coming to the series and, with the new car creating a level playing field, it will be interesting to see who rises to the top. We're very much looking forward to an exciting season in 2015."

Dallara has been busy with more deliveries of the IL-15 with Juncos Racing receiving a second car yesterday and shipments currently en route of second cars to Carlin and Belardi Auto Racing.

The first series open test of the new IL-15 has been moved from December 16/17 to January 13/14 at Palm Beach International Raceway in Jupiter, Fla., to allow manufacturer AER [Advanced Engine Research] more time to meet the demand for engines. However, teams will be able to utilize the circuit on the original December dates as Entrant Private Test days.

Additional series testing is scheduled for January 26/27 at the Homestead-Miami Speedway road course and January 29 on the oval. Testing will continue in February in conjunction with the Cooper Tires Winterfest for Pro Mazda and the Cooper Tires USF2000 Championship Powered by Mazda at the newly reconstructed NOLA Motorsports Park in Avondale, La., on February 17/18 and Barber Motorsports Park in Birmingham, Ala., on February 23/24.

All races on the expanded 16-race calendar which begins March 28/29 on the Streets of St. Petersburg, Fla., will be televised on the NBC Sports Network with international rights held by ESPN International. They will also be carried live on the IMS Radio Network to Sirius XM Satellite Radio, indycar.com, indycarradio.com and the INDYCAR app from Verizon. Additional coverage and behind-the-scenes features will continue to be offered on the RoadToIndy.TV platforms.