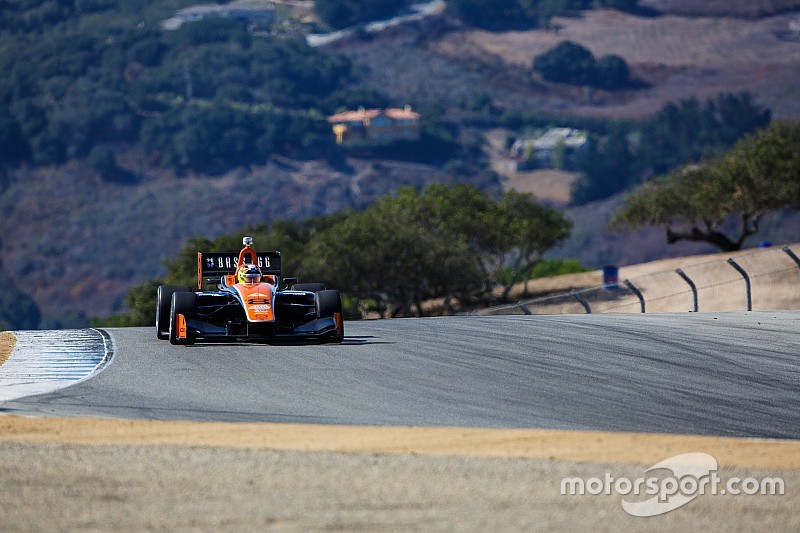 Rayhall, 21, will run with Team Pelfrey in the double-header Lights round, making his comeback after a year's absence to partner Pelfrey's regular driver Garett Grist.

He had contested a part-time campaign in the series with 8Star - the team Pelfrey had bought in the off-season - last year, winning two races along the way.

"We are excited to work with Sean again as we have had two seasons together at 8Star Motorsports and with the help of our engineer, Yves Touron we achieved several wins and many podium finishes,” said team manager Gary Neal.

“It will be very beneficial having two cars and being able to compare notes from both drivers and to find good setup for the final two races."

Pelfrey was on the podium in the very first race of the season in St. Petersburg, taking a runner-up finish with Scott Hargrove, but is yet to finish in the top-three since.

Rayhall, meanwhile, has been been busy in prototype racing, competing in IMSA with DeltaWing and in the European Le Mans Series' LMP3 class with Graff Racing.

He said: "It’s been a busy year for me and I am blessed to add this Lights weekend to the schedule.

"Mazda Raceway Laguna Seca has always been a great place for me as a driver and I hope to deliver a good result for Dale [Pelfrey] and the rest of the team.”