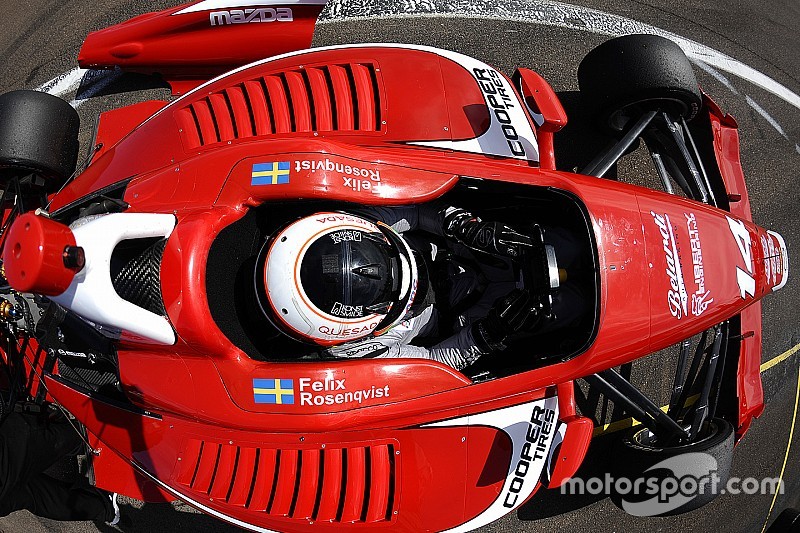 Felix Rosenqvist was again quickest in the second practice session of the Indy Lights opener at the St. Petersburg street circuit.

And, just like in the first session, it was Pelfrey's Scott Hargrove who ran Rosenqvist closest, the Canadian coming up less than a tenth short.

Rosenqvist and Hargrove headed the session at halfway point, with laps in the high-1m17s, before the Swede took half a second off off his time with a 1m17.240s.

That benchmark stood for a while until, with two minutes to go, Hargrove recorded the best lap of the weekend so far - a 1m17.113s.

However, Rosenqvist was back ahead with a final lap after the checkered flag, posting a 1m17.047s.

Carlin newcomer Felix Serralles was best of the rest in third, almost half a second down, with Dean Stoneman completing an impressive Friday showing with fourth place.

The session was halted by two red-flag periods, both caused by the Carlin car of rookie Neil Alberico.

The American stopped on-track with an engine issue seven minutes in, but managed to re-fire his IL-15 and get it to the pits.

However, soon after he rejoined the track, the #22 was stranded again, ending Alberico's Friday running.