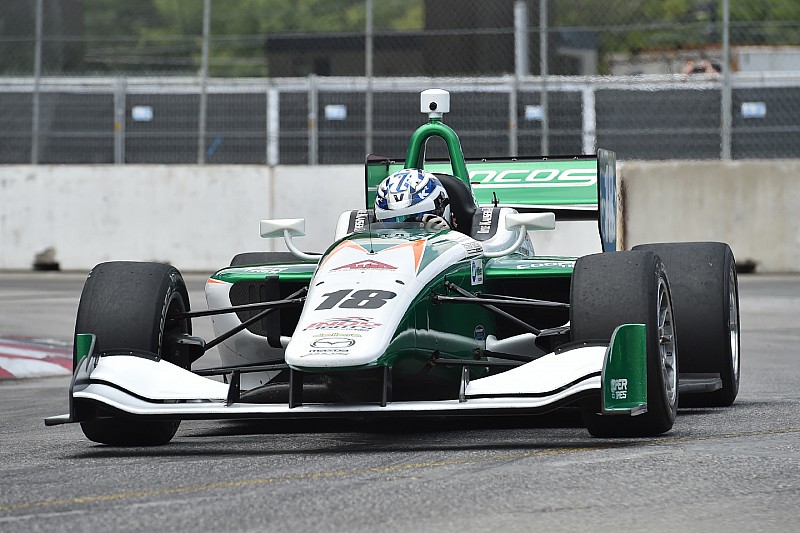 The American, in his third year of Indy Lights, lapped the course in 65.3511sec, an average of 98.385mph, to edge Carlin Racing’s Matheus Leist and Zachary Claman De Melo by 0.22sec and 0.47sec respectively.

Fourth quickest time went to Colton Herta in the Andretti Steinbrenner Racing entry but he was penalized for not slowing down 15 percent through a local yellow and that dumps him to eighth. De Melo had done the same, but after losing his fastest time, his second fastest was still good enough for third.

So one of Herta’s teammates Dalton Kellett, will start fourth, making it two Canadian on the second row, while Belardi Auto Racing’s Santi Urrutia took fifth.

Juan Piedrahita put Team Pelfrey in sixth, while the third Carlin machine of Neil Alberico was seventh but lost time with a trip into the runoff.

The one-hour race will start at 1pm ET.