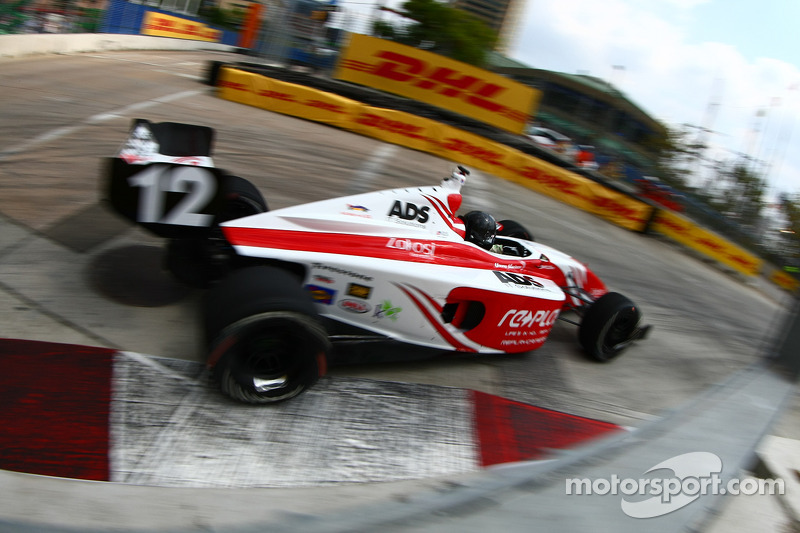 Veach ran away with it in St. Pete.

The 2014 Indy Lights Presented by Cooper Tires season opened with the St. Petersburg 100 on the 1.8-Mile temporary Street Circuit in St. Petersburg, Florida. The race marked the beginning of Zach Veach's sophomore season in Indy Lights, and the talented, young star started his fifth season with Andretti Autosport in the Mazda Road to Indy feeder series on a high note with a dominating result on the quick street course.

"I'm so happy. Last year didn't go exactly how we wanted it to, but my engineer (Doug Zister) never stopped helping me. This winter I spent a lot of time trying to get more physically strong because I felt that was my weakness, and spent a lot of time doing mental things and came into the season with a whole new attitude. I think it paid off for us."

The 19 year-old Ohio native started the race P2, based on his earlier fast practice time, on the outside of the front row after qualifying was canceled the day before due to inclement weather.

Once the race began, Veach was quick to steal the lead from pole-setter Gabby Chaves (Belardi Auto Racing) going-into turn one, first to the inside and then around the outside of his competitor. Soon after he captured the lead, a yellow flag was thrown when rookie Scott Anderson (Fan Force United) took to the wall in turn three with an explosive crash. Six more laps under yellow, after the collision, Veach still had the strong hold on his restart with the #26 RePLAY XD/The Young Marines/ADS iTSolutions/Zakosi Data Back Up Dallara, steering clear of Chaves once again, when the caution was lifted. Each lap after that, Veach continued to widen the gap with a smooth and consistent gain in the lead. 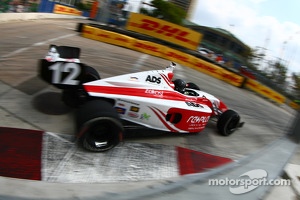 "My engineer definitely was on me a lot about saving tires. In my mind I was thinking, 'just don't mess up, just hit my marks, have clean laps' - and we were able to do that. I took the lead early and were able to keep it from there."

Veach took the checkered flag with a 5.4610-second advantage after 39 laps placing him at the top of the chart in point standings earning 50 points for the win and an additional point for most laps led in the race.

I want to thank everyone on the RePLAY XD team for all their hard work and support in getting me to victory lane. Big thanks to Cooper Tires, Mazda and the Mazda Road to Indy for this amazing start to 2014."

Round two of the 2014 Indy Lights Presented by Cooper Tires series will take place on the Streets of Long Beach in California, a 1.968-mile temporary street circuit.

Coverage of the Indy Lights Series Presented by Cooper tires from St. Petersburg, Florida will begin Friday, April. 4 at 4PM (ET) on NBCSports.