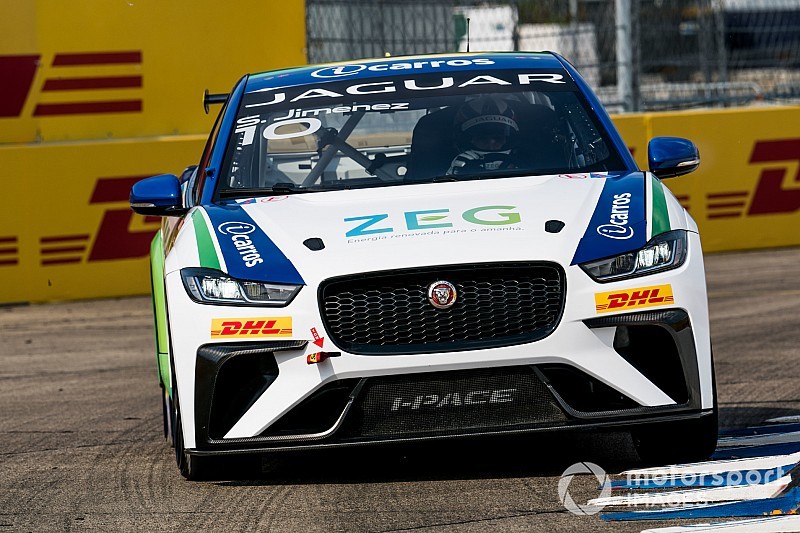 The New York win was only Jimenez's second victory of 2018/19, following his win in Rome back in April. But Jimenez remained in title contention by virtue of his consistency, finishing off the podium just once in the nine races to date.

Jimenez entered the weekend just six points clear of Rahal Letterman Lanigan Racing's Bryan Sellers. But sportscar regular Sellers crashed in qualifying for the first race, clipping the wall on the outside of the Turn 13 left-hander, and RLLR was unable to repair the Jaguar in time for the race.

Bueno was unable to find a way past in the first race, with none of the four Pro drivers able to make up positions in the race. A late safety car called for VIP driver and journalist Mark Hacking's crash at the Turn 10 hairpin, while battling Ziyi Z Zhang, meant Jimenez had to resist Bueno in a one-lap shootout.

A rapid restart allowed him to pull a decisive gap on Bueno to seal the crown.

Bandar Alesayi, competing for Saudi Racing, took the Pro-Am title after dominating his class throughout the season, with Yaqi Zhang his nearest rival for Jaguar China Racing.

The Jaguar I-PACE eTrophy has averaged a grid of 11 cars in its first campaign and is currently evaluating its direction for the second season.