Alva misses out on victory in third EasyKart round 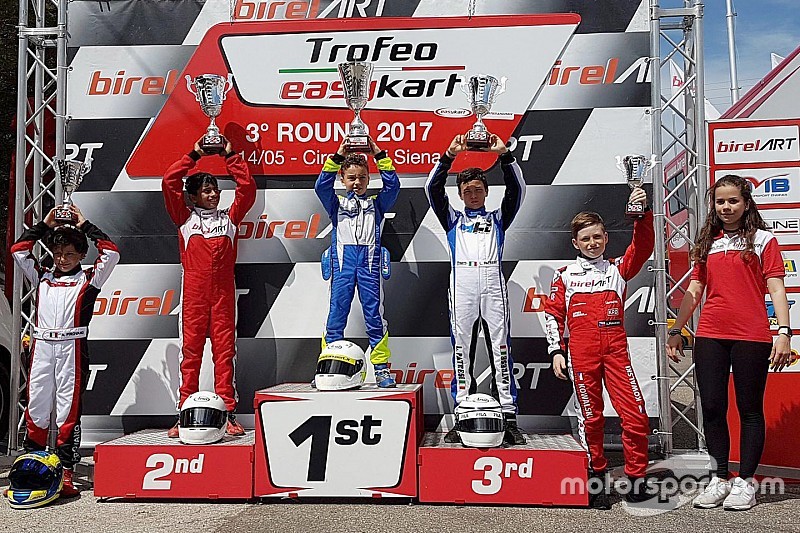 10-year-old Ruhaan Alva missed out on a victory in the third round of EasyKart Championship in Siena, Italy.

After a disappointing outing in the Heats where he could fare no higher than fifth, Alva topped the Pre-Finals to qualify on the front row of the grid for the final race.

When the race got underway, the Bangalore-based driver immediately passed pole-sitter Andrea Pirovano to move into the lead.

However, just three laps before the finish, Alva was pushed wide while battling with Pirovano and MLG Racing teammate Lorenzo Patrese, dropping down to third in the timesheets.

Despite the setback, the Indian started charging back through the field, eventually finishing just 0.615s behind race winner Daniele D’Urso in second place.

Had he managed to hold on to the lead, it would have marked his second successive victory in the category and third in the championship.

Alva currently sits fourth in the drivers’ standings with 48 points, despite missing the opening round of the season when he was competing in the lower Mini 60 category.

The next round of the Italian EasyKart Championship takes places between June 10-11 in Lonato.

Alonso hits back at Schumacher's criticism of karting track