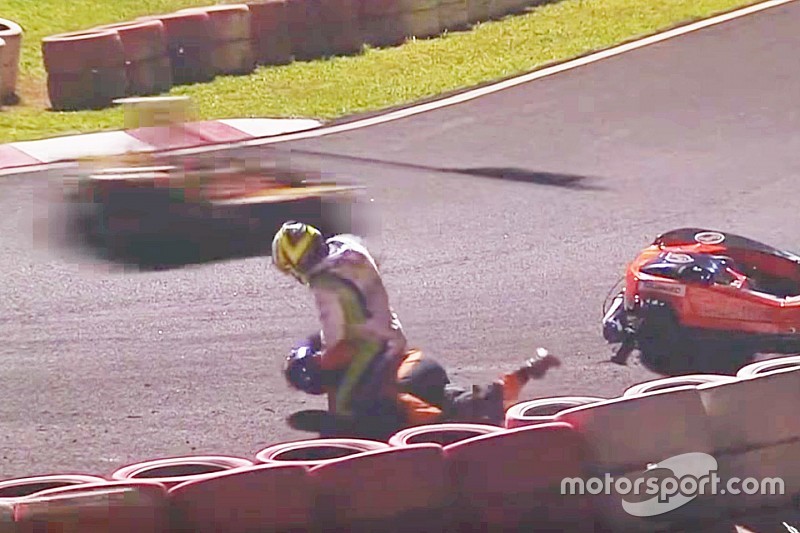 Confederação Brasileira de Automobilismo president Waldner Bernardo has called for serious action to be taken over the fight that broke out at the 500 Milhas de Kart Granja Viana event.

The CBA, Brazil's peak motorsport governing body, had no input into the running of the event, which was instead overseen by the Liga Paulista de Automobilismo.

But despite not being involved, CBA president Bernardo has been left deeply unimpressed with the fight that broke out between Rodrigo Dantas and Tuka Rocha.

Fearing the sport's reputation will take a battering, he's called for the LPA to launch a full investigation – and says that the CBA will offer 'all necessary support'.

"The Confederação Brasileira de Automobilismo announces its complete renouncement of the degrading event that occurred during the 500 Milhas de Kart event," read a statement from Bernardo.

"Scenes like those seen on Saturday dishonour anybody with a passion for motorsport and strongly damage the image of our sport.

"Such attitudes can not under any circumstances pass unscathed. We demand the Liga Paulista de Automobilismo and its tribunal take rigorous action against those involved.

"Even though the event was run by an independent body, and not one of the subordinate bodies of the CBA, we, as the peak governing motoring body, will give all necessary support so that the LPA can get justice from those involved. As soon as Monday the 18th we will send a letter to its board requesting that all appropriate measures be applied.

"Finally, regardless of the punishments applied, we hope that the professionals involved can see and understand the disservice they have done to the sport and ensure that something like this never happens at any of our tracks again."

Felipe Massa, one of Dantas' teammates, has already expressed how saddened he was by the brawl.