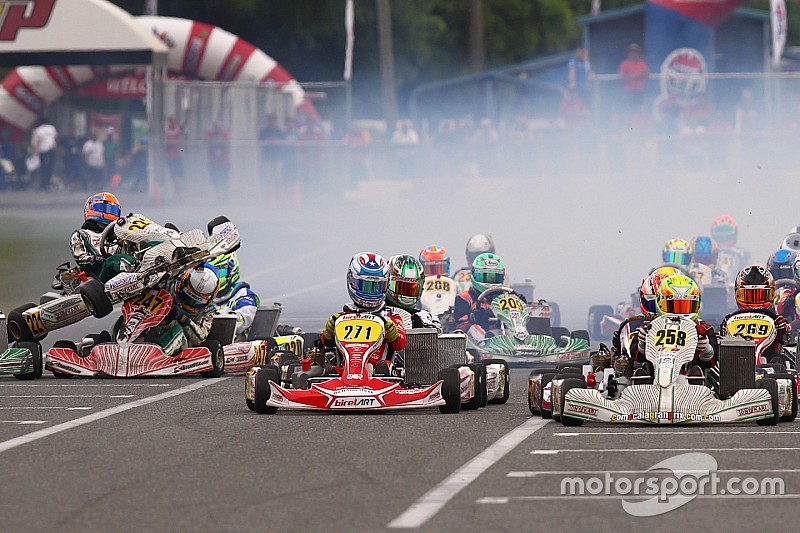 The first part of two weeks of karting action in Ocala will see the FWT ROK Cup competitors doing battle on the thrilling Ocala Gran Prix circuit, located some 80 miles northwest of Orlando.

Primarily OGP has been host of the championship finale of the Tour for many years, but this season it has been moved to the second stop and cool weather will be a factor with overnight lows expecting to hit temperatures close to freezing, meaning frigid morning warm-ups and very cool track temperatures.

A big focus this weekend will be on Kyle Kirkwood in ROK Senior. After dominating throughout the first two days in Homestead, Kirkwood was sidelined in the PreFinal with a mechanical failure and forced to start the Final from the rear. A miraculous drive forward saw Kirkwood ultimately cross the finish line first, before receiving two driving infraction penalties and eventually being placed fourth.

There is no doubt Kirkwood will be looking to rebound on his home turf and return to the top of the championship standings. He said: "We know we'll have good pace due to having a home track advantage but we aren't in the greatest position for the championship currently. So we will have to push and keep ahead of the game every time on track.

Another driver looking to use his home track to his advantage will be Austin Garrison. Upsetting Danny Formal on Sunday in Homestead, Garrison erupted with a big victory in ROK Shifter and heads to Ocala seeking another race win and a stranglehold on the championship. Of course, he will have Formal, Oliver Askew, AJ Myers and more to deal with in Ocala.

Michael d'Orlando had a stellar opening month at Homestead and he enters the Ocala weekend with the ROK Junior championship lead. Defending class championship Mathias Ramirez, another driver from the Ocala Gran Prix race team, will be one of many drivers looking to upset d'Orlando.

Other categories on track this weekend include Micro and Mini ROK, ROK Masters and ROK Shifter Masters.

Qualifying hits the track on Friday.

The event will broadcast for free online, available on Motorsport.com at