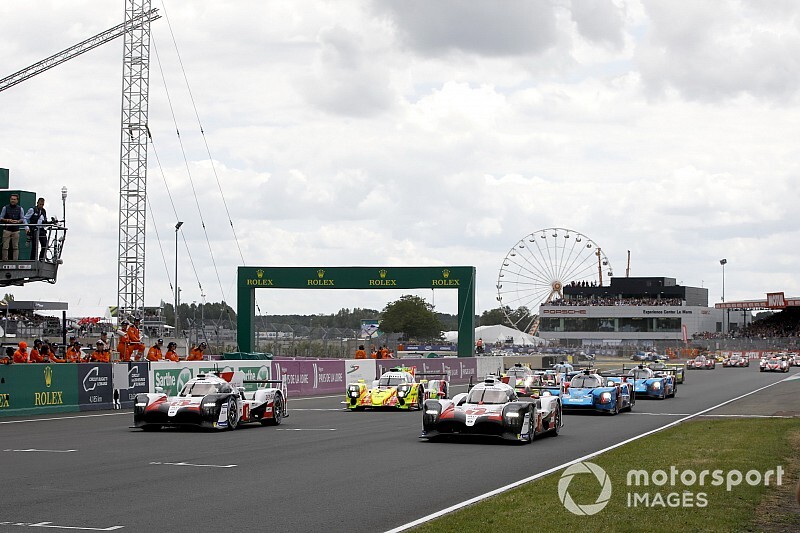 A record low of just six LMP1 cars are on the 62-strong entry list for this year's Le Mans 24 Hours.

The five regular WEC LMP1s have been boosted only by the addition of the second Rebellion R-13, which last raced at the Silverstone series opener back in September.

They join the two Toyota TS050 Hybrids, Rebellion's regular entry and the pair of factory Team LNT Ginetta G60-LT-P1s on the list for the 88th running of the French enduro on June 13/14 published by race organiser the Automobile Club de l'Ouest on Friday.

ByKolles had been planning a return but has only been given second place on the 10-car reserve list with the ENSO CLM P1/01-Gibson that last raced in the WEC in 2018/19, while tentative plans for a third Ginetta have also failed to materialise.

The LMP1 entry is down two cars on the eight that contested Le Mans last year and equals the six-car low that took part in the race in 2017.

Meanwhile, the GTE Pro field has fallen to 11 cars from last year's high of 17 with the disappearance of Ford and BMW from the WEC.

The LMP2 entry has gone up from 20 cars that started last year's race to 24 this year.

This figure includes the eight WEC cars and a further seven cars with guaranteed entries gained via the European and Asian Le Mans Series and IMSA.

Newcomers in LMP2 include Nielsen Racing and Carlin, with Oreca and Dallara chassis respectively. Nielsen claimed a guaranteed entry for winning the LMP3 class of the 2019/20 Asian LMS, while Carlin has raced in P2 in Europe and Asia since the start of last season.

Two American teams, Performance Tech Motorsports and Rick Ware Racing, will contest the race for the first time in 2020.

PTM has taken the grid spot awarded to Canadian Cameron Cassels for finishing second in the IMSA LMP2 points last year with the American team, while RWR will field the lone Riley Mk30 in the race after taking P2 Am class honours in Asia this winter.

The Signatech-run Richard Mille Racing Oreca that will be driven by the all-female crew of Tatiana Calderon, Sophia Floersch and Katherine Legge in the ELMS has also gained an entry.

Le Mans stalwarts DragonSpeed have only been given one firm entry, with the second Oreca that IndyCar racer Felix Rosenqvist is due to drive listed as sixth reserve.

A second Oreca from the Danish High Class Racing squad with sportscar veteran Jan Magnussen listed as a driver is only eighth on the reserve list.

The GTE Am class has also grown in comparison to last year, rising from 17 to 20 cars.

First-time competitors in the race will include the Taiwanese HubAuto Racing Ferrari squad, which gained its entry for winning the GT class in last winter's Asian LMS, the GEAR Racing IMSA team and the Italian Iron Lynx squad run by Andrea and Giacomo Piccini.

The final slot is the Garage 56 entry for an innovative car. A team of three disabled drivers will race an LMP2 Oreca for the SRT41 squad put together by quadruple amputee Frederic Sausset, who competed at Le Mans in 2016.

A total of 75 applications were received for entries at Le Mans this year.