Endurance-Info's Laurent Mercier sat down with Yves Courage to discuss the current state of affairs in endurance racing as well as the future of Courage Compétition.

Although Courage Compétition has not been active as a company in several years, Yves Courage remains an important figure in auto sport through Courage Classic, located in the Technoparc at the Le Mans 24 Hours circuit.

Currently, the only activity Yves Courage and his team are involved with is restoring historic vehicles, but that is set to change soon.

The Courage Compétition name itself will not rise from the ashes inasmuch as the man who made his Le Mans debut in 1977 will be returning to the track. 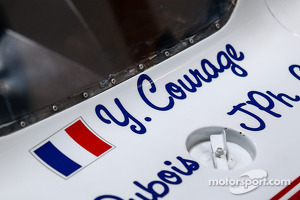 Born in 1948 in Le Mans, Yves Courage has dedicated more than a quarter century to racing and Courage Compétition stopped in 2007 when ORECA bought the company.

Yves cordially invited us to his offices for a long interview to discuss the 2014 Le Mans 24 Hours as well as what the future holds for the Courage brand.

What do you think of the current LM P1 class?

“It’s difficult to have a reliable prognostic. Toyota is doing a very good job and has mastered the technology used in its LM P1-H. For Porsche, there’s not enough to go on just yet to get a precise idea of the potential. And Audi is a little like Porsche in the 1980s. At the end of the day, they always end up on the highest step of the podium. In the past, each constructor did what it could with existing technologies. Now, it’s something entirely different. They build entire factories for such programs. On the technology side, the new rules are very interesting.”

There is little room for private teams…

“It’s becoming very difficult to build an LM P1 chassis. Before, it was possible to have an LM P1 built from an LM P2 and remain competitive without huge modifications. Now, the cost of an LM P1 is enormous. Personally, I think the LM P1-L class is founded in good intentions. But it’s not currently easy to adjust since there is only one entry in that class and it’s quite far from the LM P1-H cars.” 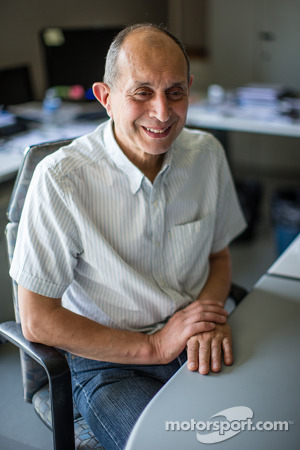 The LM P2 class is still a solution?

“Yes, except you can’t evolve the cars anymore. That said, the formula is working and it’s giving us close races. In the first few years, the car that reached the finish, won the race. That’s no longer the case, with races that are tight to the end. It’s satisfying for me to see chassis that originated from Courage still racing and moreover still winning. To me, the average age of an LM P2 was around three years.”

Has the arrival of closed LM P2 cars started a new era?

“It’s clear that we are going to see more and more, which is good for safety. The closed LM P2 cars are better looking but it makes aerodynamic development more difficult. There are more and more small details on the cars. The roof of the car has to contribute to the underside’s function. I think 2015 will be interesting with the arrival of new cars.”

When will we see Yves Courage back at the track?

“We are still working on several projects. The world has changed, and it’s more and more complicated. Our goal was to come back to LM P1 but without the help of a constructor, it’s completely impossible. We are in discussions with people with whom we want to start a real project.”

The idea is to return as a constructor?

“We must first start a program in order to put back together a team. You can’t neglect the importance of the racing team. You have to work step by step. The idea is to develop a team around this. There’s a 90% chance that it won’t be in prototypes and it’s certain that the name will not be under Courage Compétition. We have to rebuild and it could start with a good GT3 team in Pro-Am. Like I said, there are several projects running, including one linked to a constructor. And we have worked very hard to find partners. For us, this is only the first step to a return to Le Mans.” 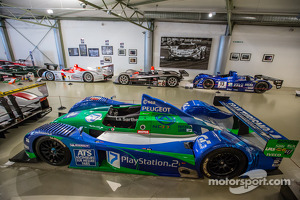 The 24 Hours are still an objective?

“We hope to find a partner to return to Le Mans, but we have to prove ourselves elsewhere before taking that step.”

And this return is scheduled for 2015?

What about LM P3?

“We are looking at this closely, but like everyone else we are waiting for the final regulations. We know how to build them and for how much. The LM P3 cars will be more like LM P2 “minus” rather than CN “plus.” I like the idea behind this new class. It reminds me of what we experienced in Formula Renault when the carbon fibre chassis arrived.”