Aston Martin is now "back in the game" with its Vantage GTE after a disappointing run at last year's Le Mans 24 Hours, believes Alex Lynn.

After ending up as the slowest of the six GTE Pro class manufacturers at La Sarthe last year, in only the second race outing for the latest-generation Vantage.

Since then, Aston has won two rounds of the FIA World Endurance Championship at Shanghai and Spa, both held in wet conditions, with Lynn and teammate Maxime Martin taking victory in the latter.

The #97 car, which Lynn and Martin will share at Le Mans with Jonathan Adam, was ninth fastest in this month's test day 0.582s off the pace, while the sister #95 machine was 1.2s adrift of the pace-setting Corvette C7.R.

"We're back in the game," Lynn told Motorsport.com. "I think honestly it’s very close and that's great. Test day was very positive for us, the car has come on a very long way.

"We sort of knew that already from Spa, but I’m pleased we cemented that in test day. The question is whether it’s enough on Saturday.

"It's only then we're gonna know who’s got what - we just hope we’ve got enough!"

"Last year was just the second race for the car – now we’ve had a whole season. The Balance of Performance has improved, the car has improved, so we go in more optimistic than last year."

Aston's main issue in the 2018 race was a chronic lack of straightline pace, but a new aerokit has been introduced in a bid to alleviate this problem.

The Vantage GTE remained 2.4km/h off the fastest car in class in the test day, the Corvette, and Sayers says the team is still working on optimising a package it has little experience of.

"We have a new aerokit which we’re getting to grips with; the test day was the first time we used it," explained Sayers. "We’re trying to eke out a bit more speed, reduce the drag.

"Last year we had a huge amount of downforce, we couldn’t remove enough with the aerokit we had. That’s why we have a new aerokit this year, which brings us more in line with the other manufacturers."

Sayers admitted that a clean run is unlikely to be enough to win the 17-car GTE Pro field this year, given the depth of competition in the class, describing the event as a "24-hour sprint".

"The reliability of all the cars, all the manufacturers, is exemplary at the moment," added Sayers.

"Barring any driver mistakes, you know some cars will have a completely clean run, so you’ve got to attack from the start. You can’t afford mistakes or contact, but it’s still a sprint.

"You have to qualify as high as you can because you need to stay in the lead pack. If you start dropping off, you get slow zones, and before you know it you can be a lap down."

Lynn also stressed the importance of qualifying well in such a congested field.

"We need to keep out of trouble, and at the end of the day, in the Pro category, no second is given for free," he said. "You have to earn it. And for that we need to be close to the front." 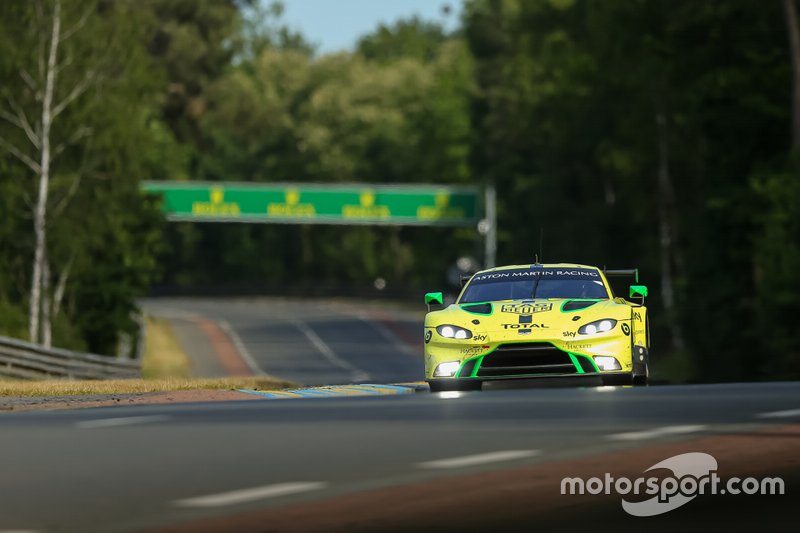