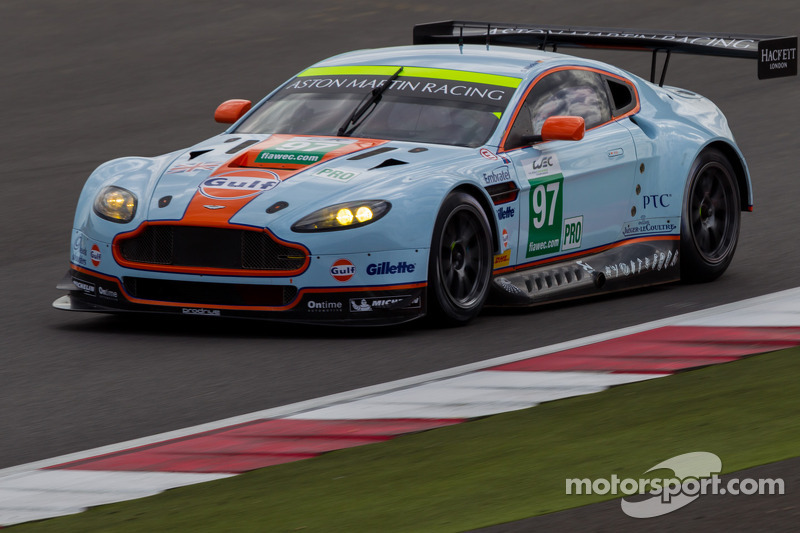 The driver line-up for Le Mans will remain the same as at Spa except for Richie Stanaway who will be replaced in France by American Le Mans Series racer, Bill Auberlen, who celebrated victory at Long Beach last week.

Gaydon - Aston Martin Racing has confirmed it will run a fifth car at the second round of the FIA World Endurance Championship (WEC), the Six Hours of Spa-Francorchamps, with Richie Stanaway (NZ) completing the 15-strong driver line-up while Rob Bell (GB) and Peter Dumbreck (GB) make their season debuts for the team.

The team will travel to Spa, Belgium, fresh from its double victory at the opening round of the championship at Silverstone a fortnight ago (14 April).

The four Gulf-liveried Vantage GTEs – two GTE Pro and two GTE Am cars – will be joined by a third GT Pro car (#99), which will be driven by Stanaway, Pedro Lamy (PT) and Paul Dalla Lana (CN).

In preparation for the third round of the WEC at the 24 Hours of Le Mans the remaining Vantage GTEs – which share the same bonded aluminium structure and basic engine and suspension architecture with Aston Martin’s sportiest road-going model, the V8 Vantage – will run with the driver line-ups planned for June’s 24-hour race. 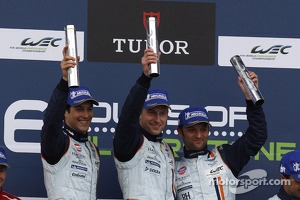 As announced earlier this year, Dumbreck will join Darren Turner (GB) and Stefan Mücke (D) in the #97 and Bell (GB) will join Bruno Senna (BR) and Frédéric Makowiecki (FR) in the #98 GTE Pro cars.

The two GTE Am cars will remain the same as Silverstone; Christoffer Nygaard (DN), Kristian Poulsen (DN) and Allan Simonsen (DN) in car #95 and Jamie Campbell-Walter (GB), Roald Goethe (D) and Stuart Hall (GB) in car #96. The driver line-up for Le Mans will remain the same as at Spa except for Stanaway who will be replaced in France by American Le Mans Series racer, Bill Auberlen, who celebrated victory at Long Beach last week.

Stanaway, who tested with the team at Road Atlanta and Sebring earlier this year, comments: “I’m really looking forward to going back to Spa. It’s the last place I raced last year and it’s somewhere I’ve got a lot of experience.

Testing with the team earlier this year gave me the opportunity to race here but it also gave me a lot more. Working alongside Darren Turner, Stefan Mücke and Bruno Senna was a really good experience for me. They are so professional and knowledgeable and, really quick.”

Turner adds: “Winning at Silverstone was a great way to start to the 2013 season and now, three weeks later, we head into one of the best circuits in the world; it’s in my top three, anyway.

The circuit is actually very similar to Silverstone in that it has medium to high-speed corners, it’s really just the change in elevation that makes it different.

This means that we can carry our race-winning set-up over from Silverstone and we should be competitive. The main goal is to get more points in the bag and to keep the cars in one piece ahead of Le Mans.”

Aston Martin Racing’s Team Principal John Gaw comments: “It will be a big task running five cars at Spa but it’s good preparation for Le Mans and we need to ensure that our extremely high standards we set ourselves are maintained.

We showed at Silverstone that we have not only managed to build, develop and prepare four cars, but we have done so to such a standard that we had no issues to speak of with any of the cars throughout the six-hour race.

This is thanks to our hard-working team, which has worked tirelessly to get us off to such a solid start to the season.

“To be leading both the GT classes and to have scored points with all of our cars going into Spa is a good place to be. We hope to add to our points tally next weekend.”

New challenge for Melo after his arrest in Brazil