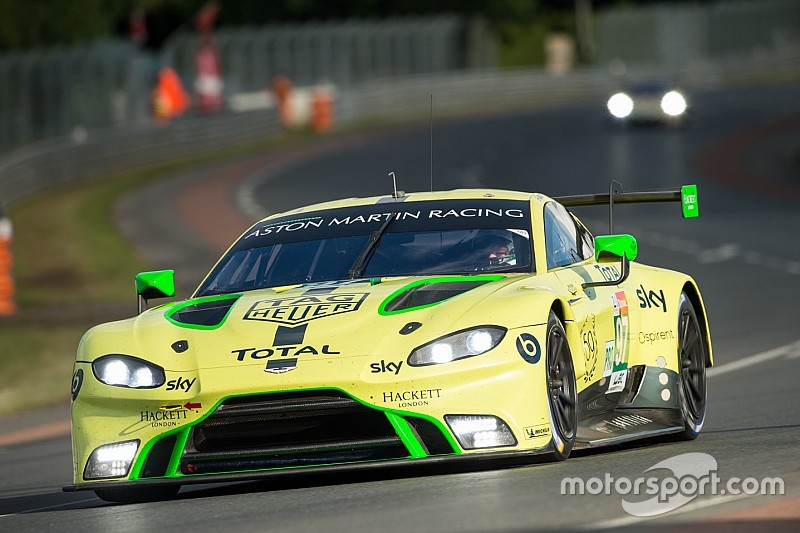 Aston Martin and Corvette have both been penalised in the latest GTE Pro class Balance of Performance issued for the Le Mans 24 Hours.

The Aston Martin Vantage GTE, which took pole on Thursday night thanks to Marco Sorensen's benchmark lap of 3m48.000s, has been given a small turbo boost reduction.

Meanwhile, all cars in the class except the Corvette C7.R, including the Aston Martin, have been handed a 5kg weight break. It comes after Antonio Garcia qualified the best of the C7.Rs third.

The Aston has also been hit by a two-litre reduction in fuel capacity as organisers aim to ensure all cars are only capable of 14-lap stints during green flag running.

BoP changes have been made in the GTE Am class as well, following a top-three lock-out by Porsche 911 RSRs in qualifying.

The German cars will run 10kg heavier, while the sole Ford GT in the class, the Keating Motorsports entry, has been handed a 10kg weight break.

Both the Ferrari 488 GTE and old-generation Aston Martin Vantage are unaffected by the latest changes.