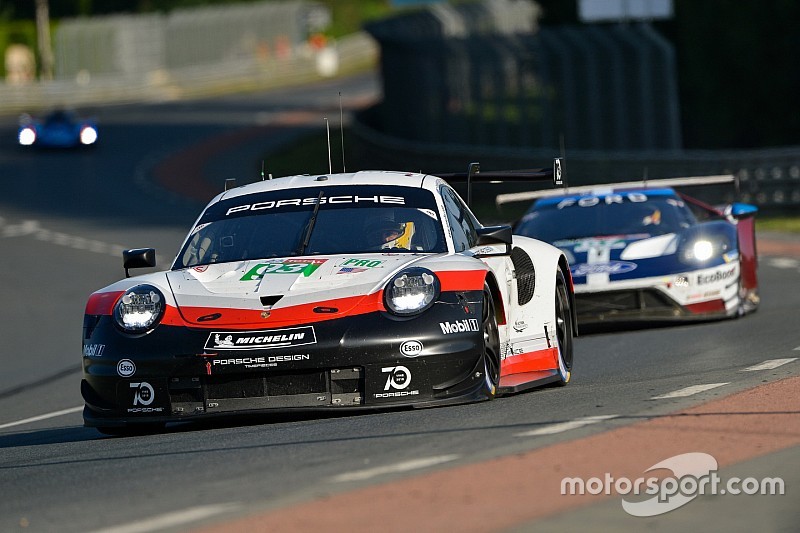 Former Le Mans 24 Hours winner Earl Bamber has hit out at what he feels is a “bloody horrible” restriction on stint lengths in this year’s GTE Pro race.

Cars in both the GTE Pro and GTE Am classes have been capped at 14-lap stints for the 2018 edition of the French classic, with the Pro cars permitted to do no more than 11-lap stints at the start of the race.

The New Zealander says he believes the new fuel stint rule is artificial and removes a critical element of strategy.

“It's bloody horrible,” said Bamber. “This is not really competition. It seems like they just want all 17 cars to cross the finish line at the same time.

“I think we need a BoP for manufacturers with different types of car but at the same time we also need some racing stuff, some fuel-saving possibilities.”

“It’s a race, you shouldn’t be tied or backed into one corner,” the Ganassi IndyCar driver told Motorsport.com. “I think that’s artificial racing.

“You should be able to mix up strategy, where one stint you can do 13 laps or maybe on one 15 laps. I don’t think it’s something that should be governed.”

Dixon’s Ford squadmate Richard Westbrook added: “Personally, I think it’s a shame they want everyone to do 14 laps.

“It kills a bit of the strategy and that’s what sportscar racing is about. No-one needs to save fuel, they can just go for it.”

Corvette driver Oliver Gavin was more positive about the new rule, saying it will make the GTE Pro race easier to follow for the fans.

“You can look at it both ways,” he told Motorsport.com. “For the fans it’s more straightforward.

“It’s one thing that certain manufacturers can’t utilise in their strategy. But it doesn’t eliminate all strategy, whether it’s through your tyre strategy, or your pitstops, or your brake changes.

“The way you go about running your race, it’s not going to be affected hugely by that limit. It does level out the playing field a little bit.”

Bamber also expressed regret that teams and drivers can now change tyres at the same time as refuelling in the pits, placing less importance on the speed of tyre changes.

“I think it’s a shame that we do fuel and tyres together because that makes it a bit more boring,” he said. “Now you can do the pitstop walking.

“Last year the pitstops made a difference from a crew point of view. This year it doesn’t actually make a difference. It’s a bit sad in my opinion. It will change the complexity of the race.”