Jenson Button says he'll "definitely" race in the Le Mans 24 Hours again in future, and could contest the LMP2 class to help prepare him for the FIA World Endurance Championship's hypercar rules.

Button made his final SUPER GT outing at Motegi last weekend, calling time on a two-year stint in the series that included winning the GT500 title in his rookie season with Naoki Yamamoto.

The 2009 Formula 1 champion says he has yet to finalise any racing plans for 2020, but says a second Le Mans outing is “definitely” on his radar as he sets his sights on WEC’s new flagship class, which will come into force in the 2020/21 season.

In a press conference to mark his SUPER GT farewell at Motegi, Button was asked which other disciplines and events he would like to try in the future.

“There are many [races I’d like to do]," he said. "I like off-roading as well, but the off-roading I’ve been doing is very different to the Dakar, a lot more aggressive with jumps and things.

“I’ll race the Baja 1000 with some friends at the end of this year, on the same weekend as DTM and SUPER GT in Fuji, which I’m very excited about.

“In the future, I will definitely race in Le Mans again. I’m very excited about the new regulations and in the future it will be a great series, WEC."

Speaking exclusively to Motorsport.com, Button elaborated on his sportscar racing plans, and revealed that a return to La Sarthe could come as early as next year.

“If I did it next year, it would be to get used to Le Mans again and just gain more experience," he said. "Probably in LMP2, because that’s the pace the hypercar is supposed to be.

"And at least you’re racing in competition. Unless you’re in a Toyota, you can't win [outright]. It’s really going to be boring for Toyota really, no competition. So LMP2 is great category and maybe that’s an option. Apart from that I’ve got no plans at all. 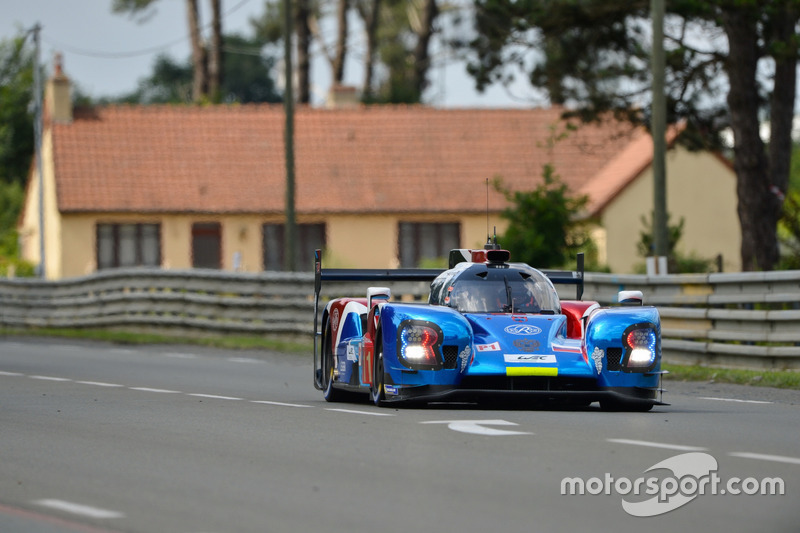 After quitting Formula 1 at the end of 2016 and spending another year largely on the sidelines, Button took on a dual racing programme in 2018 as he paired his SUPER GT campaign with a drive in the WEC with the SMP Racing LMP1 squad.

However, Button didn’t see out the 2018/19 superseason, pulling out of the final three races of the campaign, including what should have been his second Le Mans outing as he said he was finding it impossible to juggle that and his SUPER GT commitments.

SMP hired another ex-F1 driver Stoffel Vandoorne as his replacement for La Sarthe and the Belgian went on to finish third overall in the #11 BR Engineering BR1.

However, Button has no regrets on missing out on a potential podium at Le Mans, saying Toyota’s dominance meant a victory was never on the cards.

“You don’t go to Le Mans to finish third,” he said. “Fair play to [Vandoorne], he did a great job. But I wouldn’t have stood on the podium and been happy with third.

“You know you’ve got no chance of winning, and third is kind of a win for you, but it’s not, so it’s a bit weird. Finishing Le Mans is good in itself. But when I get to Le Mans, I want to be in a car that can actually win Le Mans."

NASCAR outings would be 'just for fun'

Button triggered speculation he could be part of a potential future entry into NASCAR with Honda when he tweeted 'Sign me up!' in reply to a story published by Motorsport.com last month, prompting Tony Stewart to declare the Briton would be "huge" for the series.

Asked how serious was the possibility of racing in the American series, especially given he is now based in the US, Button said: “I’m open to every challenge, NASCAR would be a big challenge because it’s very difficult and many F1 drivers have struggled in NASCAR.

“Who knows, but maybe the lower categories just for fun, the Truck series or something.

"I don’t know, I still don’t have any plans for next year yet. I plan on spending a lot more time at home, especially in the first part of the year, and then we’ll see later in the year.”

On Friday, he tweeted...

Peugeot will return to Le Mans with new hypercar entry