Button: Le Mans night laps a “shock to the system” 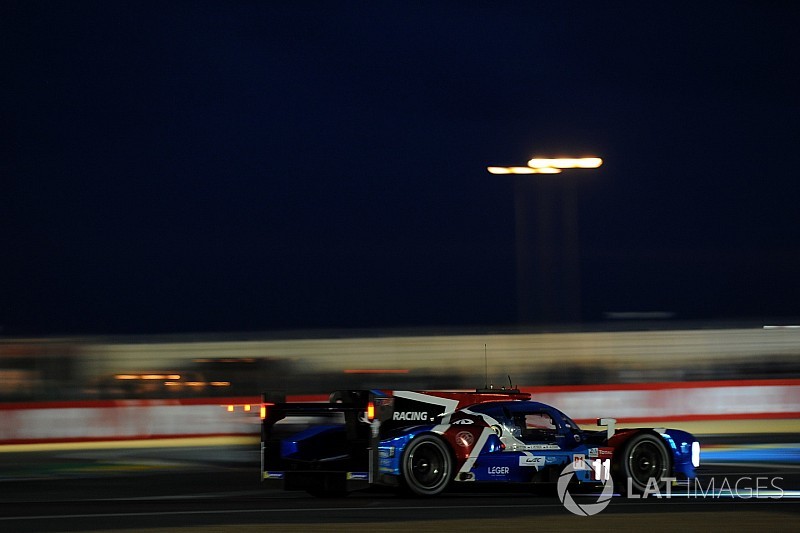 Ex-Formula 1 champion Jenson Button has described his first experience of driving at the Le Mans 24 Hours in the night as a “shock to the system”.

The Briton completed his mandatory five night-time laps over the course of Wednesday’s and Thursday’s track action in the #11 BR1 he shares with Vitaly Petrov and Mikhail Aleshin.

Describing his experiences of the Circuit de la Sarthe in the dark, Button admitted the Porsche Curves section of the track in particular was a major challenge, as it felt like he was doing “500km/h” at the end of the straight following Arnage.

“I had two laps that were really dark, the others were the sun going down,” Button recalled. “I haven’t experienced too much in the dark, but I will say it’s definitely more challenging.

“The chicanes are fine because you have these big brake markings. It’s the Porsche Curves that are a shock to the system, because it’s already a fast sequence of corners, but at night… it’s like you’re doing 500km/h.

“Trying to get the turn-in into Porsche Curves is tricky. Then you have the two lefts, there was a big advertising [banner] on the right-hand side, it’s so bright. That’s a thing to get used to, and I think it will come over time.

Button set the quickest time in qualifying for the #11 crew, a 3m21.304s putting him almost six seconds down on Toyota driver Kazuki Nakajima’s pole time and a little under two seconds behind Stephane Sarrazin in the sister #17 SMP BR1.

“My last run in practice, I was really happy with,” said Button. “I found a rhythm, which is what you need around here, and I was happy with the laptimes.

“Qualifying didn’t work out for us, as sometimes it doesn’t with the traffic, but that’s not important. It’s [about] consistency, understanding the traffic and how far you can push the car, because you aren’t going to be doing a quali lap every lap with how big the kerbs are here.

“It’s understanding how far you can push things, even when you get excited driving the car.”

What we've learned at Le Mans so far