ByKolles not being granted an entry for this year's Le Mans 24 Hours has been branded "disappointing" and "very surprising" by the team's nominated driver Tom Dillmann.

The Austrian squad, a mainstay of the LMP1 division in the FIA World Endurance Championship and Le Mans since 2014 with its ENSO CLM/P1 01, was only granted a spot on the reserve list for this year's running of the French classic when the entry was revealed last week.

It's a decision that has left Le Mans with its joint-lowest ever LMP1 grid, with just six cars set to take part in the top class, and could have ramifications for the ByKolles hypercar project that was announced during last year's running of the 24 Hours.

Dillmann was part of the ByKolles set-up throughout the 2018/19 WEC superseason before the team elected to give up its full-time entry to focus on its hypercar, although it had plans to enter its current car in the final two races of the current season at Spa and Le Mans.

"It’s disappointing and quite surprising when you see the state of LMP1, to refuse an entry to an LMP1 car, plus to a manufacturer that committed to hypercar is very surprising," the French driver told Motorsport.com.

"Disappointed for everyone at Kolles to be put on the reserve list. Maybe they get lucky, but for me for Le Mans I have options in different categories, so we’ll see what happens."

Dillmann added he was looking towards the start of the hypercar era in the WEC to provide an opportunity to return to the front line of endurance racing.

"I hope it works out, because it would be good for the sport, for endurance and Le Mans and it opens opportunities for drivers," he said. "I'm also looking at that."

ByKolles missing the Le Mans entry list comes as another blow to Dillmann, who lost his Formula E seat to Ma Qing Hua for the 2019/20 campaign after the NIO 333 team underwent a change of ownership during the off-season.

The Frenchman revealed he had lined up an opportunity to make a one-off return to the electric series in Sanya, where several drivers were set to be absent due to the clash with the Sebring WEC round until the coronavirus epidemic forced the event's postponement.

"It’s a shame about Sanya, I was going to race there, but with the postponement of the race it removed a chance to go back," revealed Dillmann. "But still fighting for [a return].

"It was a really tough year last year and the new owners decided to put in a Chinese driver [Ma], that’s why I didn’t do the second season I had planned with them. But it was a tough season to be fighting for not much, already at the back, not much hope for results.

"So I hope to get back to a competitive situation in FE, and continue where I ended when I was with Venturi [at the end of 2017/18], with strong results."

Dillmann also made an appearance in Formula 2's pre-season test in Bahrain, taking over the cockpit from Marino Sato for the evening session on Sunday to assist the team in its understanding of the car with the transition to the new-for-2020 18-inch tyres. 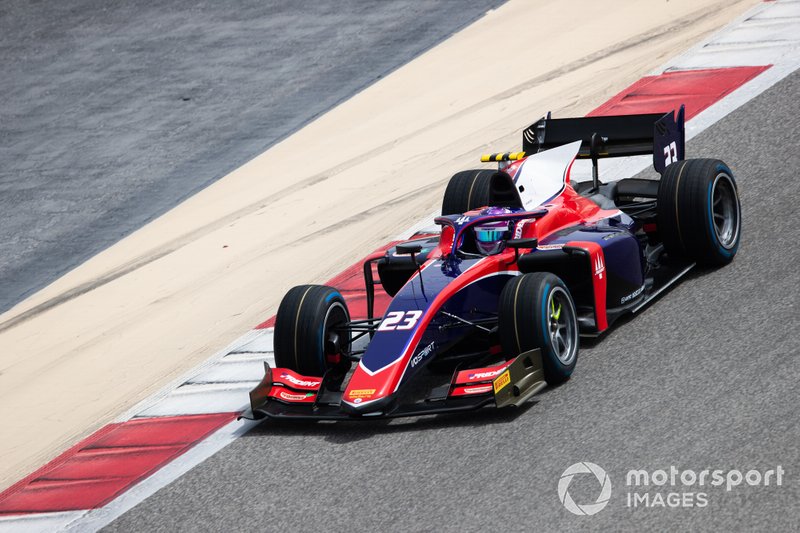