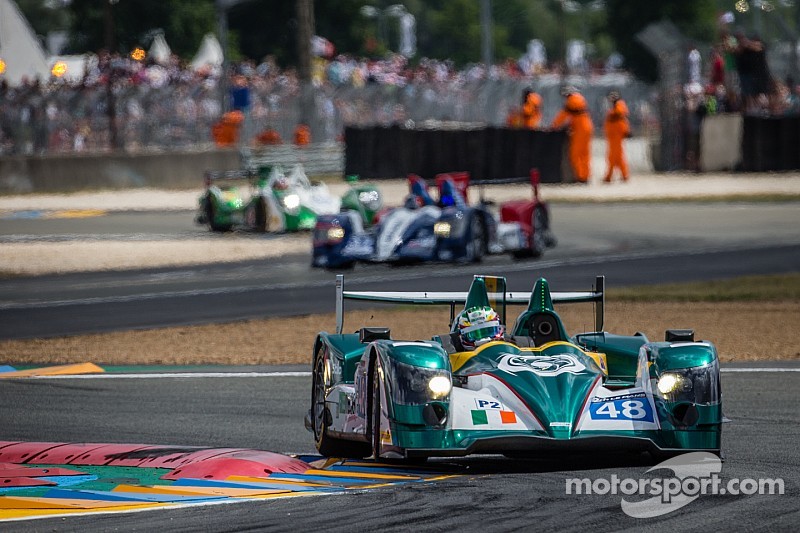 Karun Chandhok will compete in his fourth consecutive Le Mans 24 Hours this year after announcing that he will partner Nathanael Berthon and Mark Patterson at Murphy Prototypes.

The Indian racer, who took part in 11 grands prix between 2010-11, will undertake a third straight Le Mans for the popular Irish team in a Nissan-powered ORECA 03 LMP2 car.

Chandok made his Le Mans debut for the JRM team in 2012 finishing sixth overall. 2013 saw him finish sixth in the LMP2 class with Murphy alongside current works Porsche LMP1 racer Brendon Hartley, while last year saw retirement after an accident in the torrential early race conditions.

Chandhok drove for the team last month at a private Paul Ricard test.

"I just shook the car down and did a basic set-up for Greg to try some other drivers including Mark and (recently announced ELMS driver) Michael Lyons," Chandhok told Motorsport.com last month.

"The car is capable of being up there and as we saw with Nathaneal taking pole at Ricard last year it is a strong package. Le Mans is a fantastic event and I absolutely love it. It is just a tough race to even consider missing out on."

Team owner Greg Murphy was excited about having Chandhok back with the team for a third another assault on the Le Mans 24Hours together.

He said: "I'm really happy to have Karun back with us again. We work well together and we also drive each other mad, but it's because we have an equally strong ambition to succeed at the biggest race in the world.

"Apart from obviously being quick, Karun has proven to be a real team player for the past two years at Le Mans for us and this is the main reason I keep pushing for him to join the team.

"For the first time, we are heading to Le Mans with all three drivers having previous Le Mans experience and this is very important I think."

Chandhok will have a busy few weeks leading up to the enduro classic on 13/14 June.

His Formula E commitments with Mahindra Racing see him compete either side of the Le Mans test day scheduled for May 31st.

He will dash from the Moscow FE round on June 6 straight to La Sarthe for the traditional scrutineering and media commitments the following day.