Corvette's pair of C8.Rs will be a threat in this weekend's Le Mans 24 Hours despite a subdued showing in last Sunday's test day, believes Ferrari driver Miguel Molina.

Having missed last year's race due to the COVID-19 pandemic, Corvette is making its first La Sarthe appearance with its mid-engined C8.R, going up against rival factories Ferrari and Porsche in the GTE Pro class.

The American marque's cars propped up the class timesheets in the test day, which was topped by Porsche.

Molina, who is sharing the #52 AF Corse-run Ferrari with Daniel Serra and Sam Bird this weekend, believes Corvette has something "extra" and that all eight cars in the GTE Pro class - including Porsche customer squads WeatherTech Racing and HubAuto Racing - can fight.

"I think we are in a good position [but] with the unknown of how the others will go, especially Corvette, which is the one we don't have so many references for," Molina told Motorsport.com. "They will probably go fast, but we don't know how fast.

"We are all candidates for victory and in any situation or moment, everyone can go fast. You can't rule anyone out, even the private Porsches have good drivers who can put the car on top.

"For qualifying it will be interesting and we can be in a good place to be able to have a good race and be in the front positions at all times during the 24 hours, because I think that will be the key.

"Last year we were good, we were leading the race and always in good positions, and this year we hope to be the same, because I think we can be there fighting for everything." 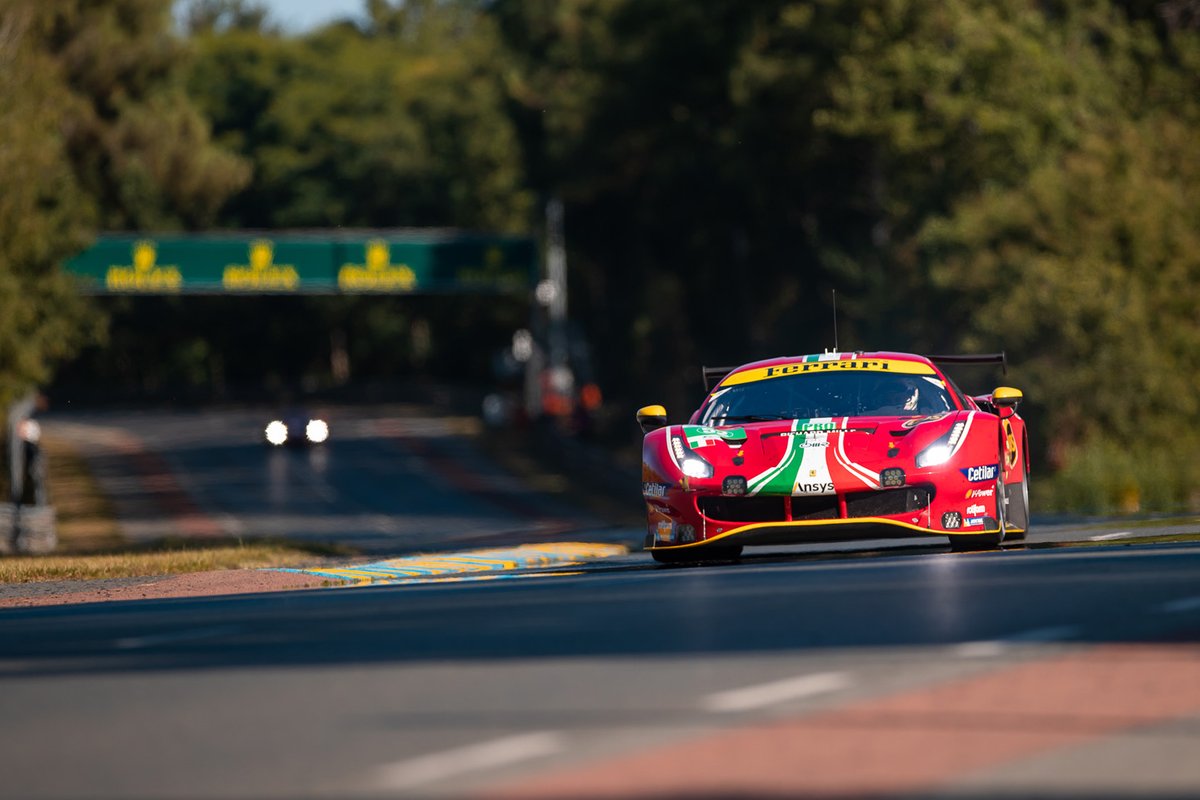 Asked if he saw Corvette as the underdog in the GTE Pro class, Molina replied: "I think so, because we don't really know where they are. When they came to Spa they were far away from us and it seems like they have something extra.

"A brand as legendary as Corvette, I don't think they will be that far away at Le Mans. They will be in shape, but the question is how much."

The #52 Ferrari crew goes into race week with a revised line-up, with Davide Rigon - Molina's teammate for the 2019/20 FIA World Endurance Championship - unable to race owing to lingering injuries sustained in a major crash in the Spa 24 Hours at the end of last month.

But Molina is convinced Bird, whom he replaced in Ferrari's full-time WEC stable for 2019/20, is an adequate replacement for Rigon.

"I think it's a pity because he is a guarantee of good results and calm, especially in the team. But Sam is a driver who is very fast here at Le Mans. Even though the last time he drove the car was last year, it won't be difficult for him to adapt quickly because he has a high level."

The #51 Ferrari will be piloted by James Calado, Alessandro Pier Guidi and Come Ledogar, as Calado and Pier Guidi look to repeat the 2019 GTE Pro triumph they took alongside Serra.