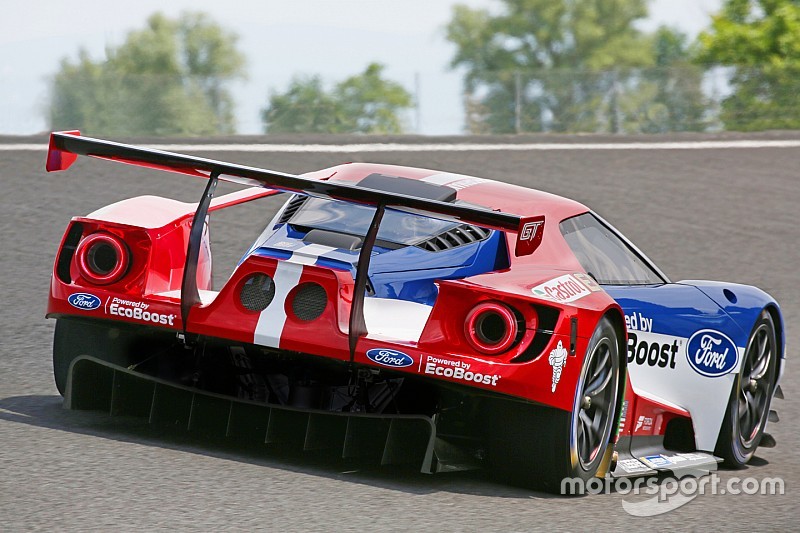 Ford isn’t likely to make any firm decisions on who will drive as part of its new-for-2016 sportscar programme until late this year.

On the eve of this year’s Le Mans 24 Hours race, Ford announced that it will return to sportscar racing next season with its Ford GT. The Blue Oval will field a Chip Ganassi-run team in both the Tudor United Sportscar Championship and the World Endurance Championship.

However, when it comes to drivers Ford is currently keeping its cards close to its chest. While admitting there was an “abundance” of willing partakers, Ford Performance director Dave Pericak told Motorsport.com that a decision isn’t likely until later this year.

“It will be more towards the end of the year,” he said.

“We definitely has a significant amount of interest in driving the vehicle. So now we’ve got an abundance of drivers, and we need to make sure that we get everything paired up the way we want it.

“It’s going to take a little while, I’d say closer to the end of the year.”

As previously revealed by Motorsport.com, IndyCar star Scott Dixon is likely to play a part in the sportscar programme.