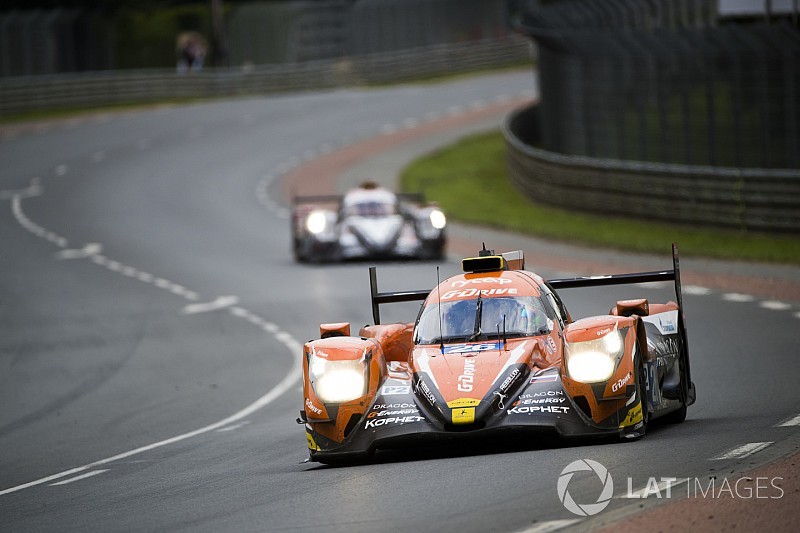 The G-Drive Racing LMP2 team has been stripped of its class victory in the Le Mans 24 Hours for the use of an illegal device to speed up its pitstops.

However, it was found subsequently by the technical delegates that the Russian outfit had fitted an illegal part to its refuelling rig in order that handed it a significant advantage, and was excluded from the results.

It means the #36 Signatech Alpine Oreca of Nicolas Lapierre, Andre Negrao and Pierre Thiriet inherits victory, with the #39 Graff-SO24 entry shared by Vincent Capillaire, Jonathan Hirschi and Tristan Gommendy moving up to second.

A stewards' bulletin issued on Monday evening read: "The technical delegates issued a report to the Stewards that “an additional machined part not featuring in the drawing is inserted into the flow restrictor, changing the wetted restrictor surface described by the regulatory drawing.

"The Technical Delegates provided the Stewards with photos of the restrictor, the referenced part and its assembly to the “dead man valve”.

"The contested part is a machined part that extends from the dead man valve and inserts inside the cone of the Flow Restrictor.

"The Technical Delegates stated to the Stewards that they started their investigation of the competitor’s refuelling system following the race when they noted the competitor was able to refuel significantly faster than any of their competitors."

The offence also applies to the #28 TDS Racing Oreca that narrowly missed out on a podium finish in the hands of Loic Duval, Matthieu Vaxiviere and Francois Perrodo.

Consequently, United Autosports' #32 Ligier of Juan Pablo Montoya, Will Owen and Hugo de Sadeleer is promoted to the final place on the LMP2 class podium.

What made the difference in Toyota's race against itself

Gavin: Corvette will bounce back from mediocre Le Mans