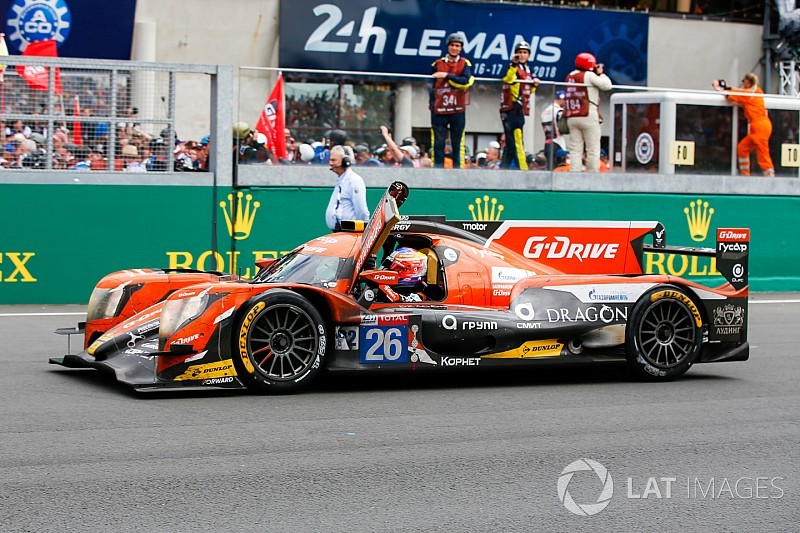 The G-Drive Racing and TDS Racing LMP2 teams have confirmed their intention to appeal their disqualification from the Le Mans 24 Hours.

G-Drive dominated the secondary class of the French enduro, with the #26 Oreca shared by Roman Rusinov, Jean-Eric Vergne and Andrea Pizzitola storming to victory by a margin of two laps.

However, on Monday evening it was announced that both G-Drive and TDS Racing, whose #28 car finished fourth in the LMP2 class, were excluded from the results for use of an illegal device to speed up its refuelling times.

The disqualification provisionally promotes the Signatech Alpine squad to LMP2 victory, pending the outcome of the G-Drive/TDS appeal.

A statement issued by TDS on Thursday read: "G-Drive Racing and TDS Racing have decided to appeal the decisions of the stewards pronounced last Monday after the 24 Hours of Le Mans in front of the FIA International Court of Appeal.

"Both teams consider having at all times respected the applicable regulations and have been truly disappointed by the Stewards decision. They now wish to bring forward their arguments in front of the highest FIA Court.

"No further comment will be issued until the procedure is over."