Corvette driver Antonio Garcia says he is "surprised" with the laptime he set in first Le Mans 24 Hours qualifying, which was enough to top the GTE Pro class before it was disallowed.

Garcia shot to the top of the GTE Pro order on Wednesday night with a best lap of 3m49.467s, but it was not allowed to stand as the Spaniard didn't slow down sufficiently under yellow flags.

That meant the #63 Corvette C7.R shared by Garcia, Jan Magnussen and Mike Rockenfeller ended up 10th in class, just over 2.5 seconds slower off the eventual class benchmark of 3m49.530s set by Ford driver Harry Tincknell.

"We’re right there, it was a really good lap," reflected Garcia. "I knew there were yellows there and I did slow down, but you don’t really know how much to slow down.

"I was actually surprised by how good the lap was, I was happy that was good enough for [provisional] pole. Luckily we have another four hours today.

"We’ll definitely go for it, because we’re still very far down the order, but we know the pace is there. Conditions should be better, the temperature was low but the laptime was there regardless."

Asked what he thought of Tincknell's late session-topping effort in the #67 Ford GT, Garcia said: "I think you have to count on everybody [challenging] – Ford, Ferrari, Porsche.

"Porsche for sure, they were strong last year and they are running the same spec, and there are four of them. If they are winning races, that means something. They are probably the team to beat."

Garcia stopped short of saying Gianmaria Bruni's 3m47.504s lap in qualifying last year was within reach, but didn't rule out that benchmark being beaten on Thursday evening.

"The last chicane is slower than last year [due to new kerbs], but maybe if somebody has a clear lap and everything runs smooth, someone can beat that," he said.

The sister #64 Corvette shared by Tommy Milner, Oliver Gavin and Marcel Fassler suffered a fraught session, ending up 14th out of 17 cars in class and almost three seconds off the pace.

That followed punctures for both Gavin and Fassler - the latter coming after the crew had already abandoned efforts to embark on a proper qualifying run.

"Frustrating is definitely the word," Milner told Motorsport.com. "Unfortunately Olly had a small issue early on that led to a puncture and the damage that resulted from that.

"It took a bit of time to fix that, and then there were still some issues left over from that. We had plans to do a qualifying run which went out of the window, so tried to get all of us qualified, get the five night laps over with. I got my five, but Marcel had another slow puncture.

"Just a sloppy session, but hopefully we’ve got our bad luck out of the way and we can have a clean weekend from here out."

Milner however described Garcia's disallowed lap in the #63 car as encouraging, adding: "It’s great to see there’s some pace in the car. Hopefully it stays that way for the race." 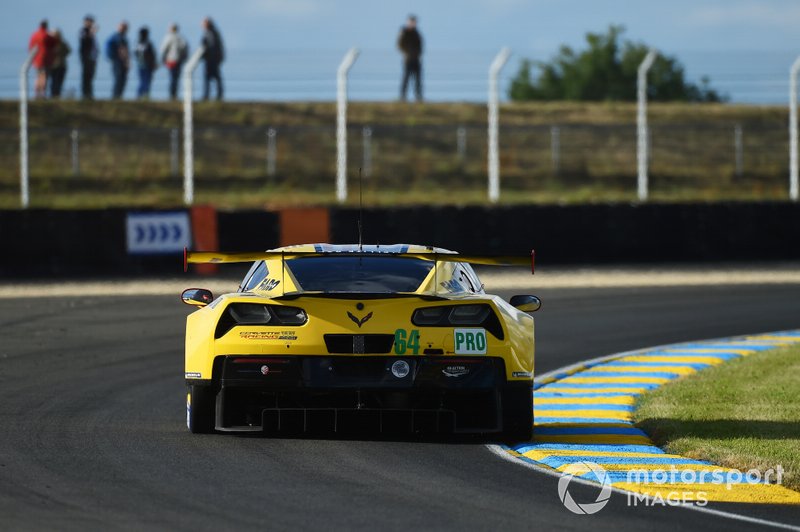 Vergne wants to "set the record straight" with G-Drive