Gavin: Corvette will bounce back from mediocre Le Mans 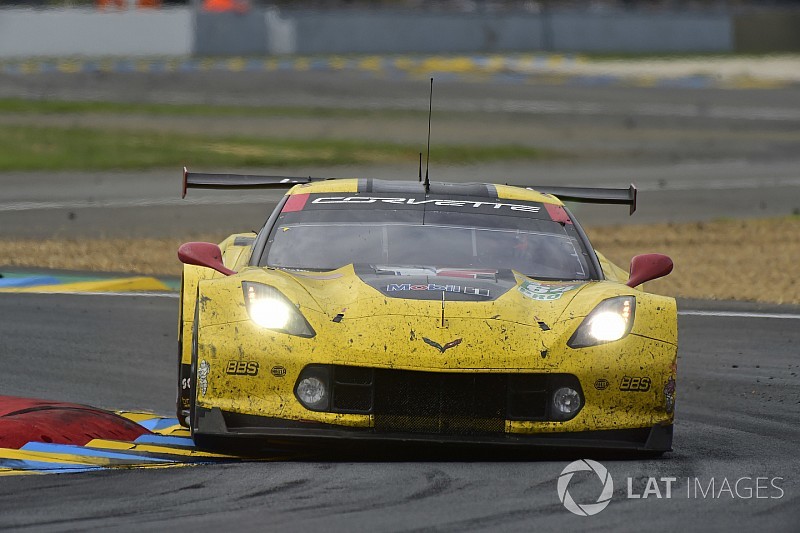 Oliver Gavin, a five-time Le Mans 24 Hours class winner with Corvette Racing, is convinced the team will “come back stronger in 2019” after a subdued performance at this year’s race.

The Gavin/Tommy Milner/Marcel Fassler-driven #64 C7.R was knocked back by two mechanical issues even before retiring with overheating in the morning hours.

Gavin told Motorsport.com: “If you look back at the race as a whole – not the headline laptime but how the race progressed – we were always that little bit behind. We could never quite get to the front, if you analyze it hour by hour.

“But we’ll go back and look at where we can improve – that’s been the mantra of the team from all the years I’ve been here. We don’t rest on our laurels, even when we’ve won.

“We want to analyze it, look at where the weaknesses are and also try to improve the strategy, pitstops… Whether it’s the way the car’s set up, whether it’s about working with Michelin or Mobil 1, anything to drive this thing forward and improve the program.

Explaining his #64 car’s delays, Gavin said: “First of all, we had a suspension problem which, while I was in the car, was causing us some issues but it was only once we came to the first driver change that it became apparent how bad it was. So we had to make the changes and lost about three laps.

“Tommy [Milner] then had a floor problem, the engine floor, so we ended up about five laps behind and that’s where we ended up throughout – until we had the overheating situation. That was something we were not really expecting, really unfortunate.”

Gavin said there was no chance of recovering from those setbacks.

“As soon as we had the problem with the suspension, any chance of winning had gone,” he commented. “The strength in depth in this class is so strong, as soon as you have any issue that keeps you in the pitbox for more than a lap, you’re never going to get that back.

“You don’t have the speed advantage to make up the time and get the laps back, and the way the pacecars work, there’s no way to work the strategy, it’s very fixed. So that’s frustrating but that’s the race, that’s the way it runs.”

Analyzing the C7.R’s performance relative to the opposition, Gavin felt on par with most of his rivals, but didn’t have enough to get to the front.

“I felt we were relatively equal with BMW and we could race some of the Fords,” he said, “but Porsche did seem to have that little bit extra. But what it came down to – as is often the case in this race – is that little bit of luck.

"And the ‘Pink Pig’ [winning #92 Porsche] got that bit of luck. They got the safety car in between themselves and everyone, and capitalized on that.

“But congratulations to those guys – to Michael [Christensen], to Kevin [Estre] and to Laurens [Vanthoor] – for a fantastic job. It was going to take that to win this class this year.

"It would have been great to have been fighting there at the end with the Porsche and Ford guys but it wasn’t meant to be so we’ll come back and have another crack next year.”

How Alonso's class shone through at Le Mans