Phil Hanson says he feared United Autosports had "thrown away" its Le Mans 24 Hours victory in the LMP2 class as the race neared its dramatic conclusion with a late safety car period. 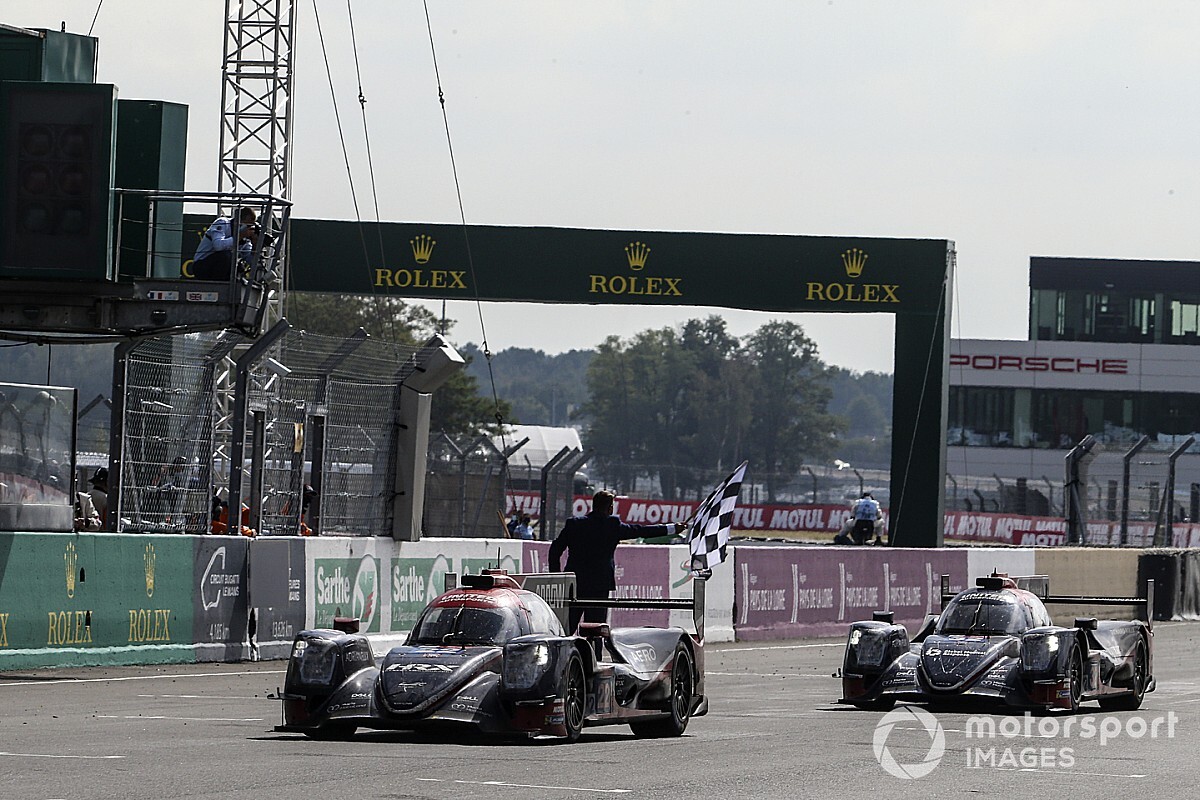 United pair of Oreca 07s were the class of a 24-car LMP2 field for much of the distance at La Sarthe, with Hanson, Filipe Albuquerque and Paul di Resta coming through to claim victory in the #22 car and sealing the FIA World Endurance Championship title with it.

But there was late drama when a safety car was deployed in the final hour when the Graff Oreca suffered a crash at the Porsche Curves, damaging a tyre barrier, reducing the two-minute advantage the #22 car had held over the #38 JOTA Sport Oreca.

Hanson was forced to make an additional splash for fuel with just 10 minutes left and rejoined with around five seconds in hand over the pursuing Anthony Davidson in the JOTA car, only for the latter to have to make a splash of his own on the next lap.

"What a way to win at the end, especially," said Hanson. "I thought in the car we’d thrown it away, not knowing if the JOTA [car] was going to stop or not.

"It was a very hectic last 10 minutes of the race and that made it for me, I think. It’s not as exciting when you’re coasting home just looking after the car, as to when you are pushing like mad making sure you bring it home in P1. So yeah, really exciting way to end it."

Albuquerque, who had never finished on the podium at Le Mans in six previous attempts, added: "Even if we were leading with two minutes [in hand], one minute-and-a-half, it was always a gamble with the safety car.

"In the last 10 minutes, the win was not granted, we were 50s ahead, but we had to pit for fuel, we knew the other ones were saving fuel but we didn’t know they had to come in." 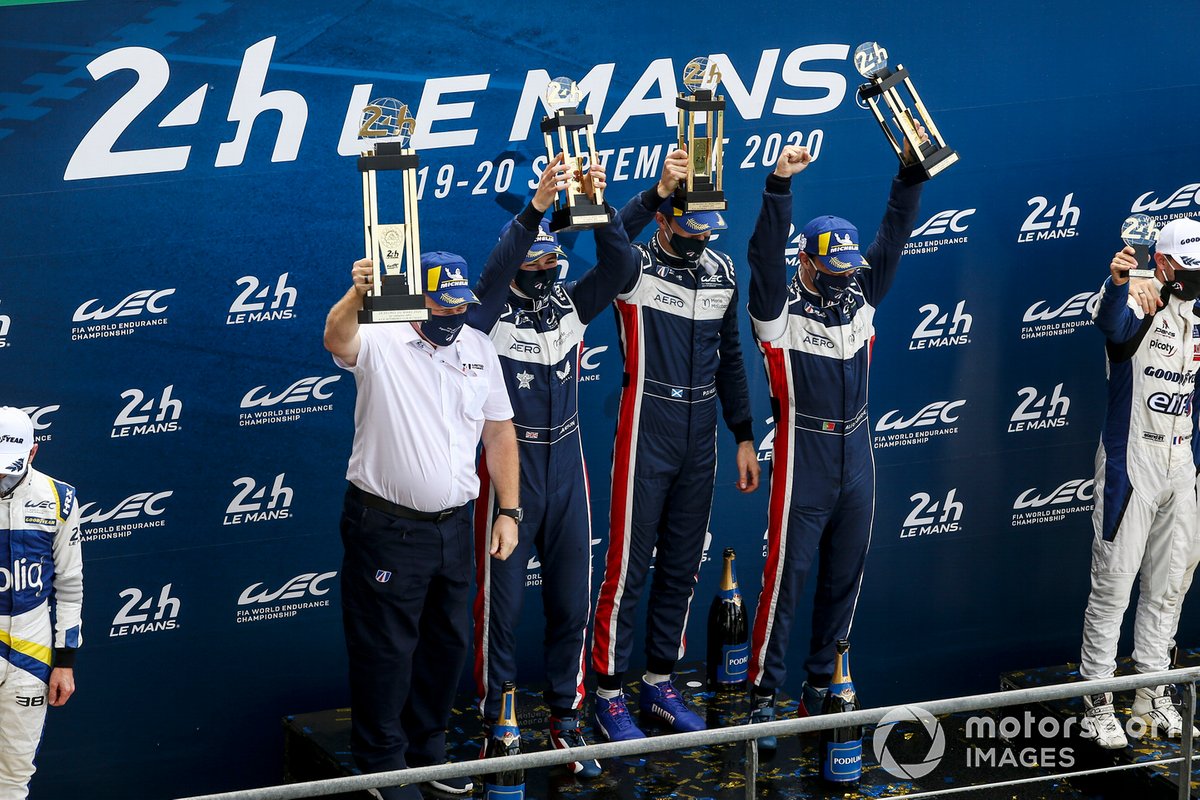 United's Le Mans win follows its WEC triumphs in the previous three rounds in Bahrain, the Circuit of the Americas and Spa, while the team is also unbeaten so far in this year's European Le Mans Series season.

Additionally, ex-Formula 1 driver di Resta managed to break the LMP2 track record around the Circuit de la Sarthe on his way to pole position earlier in the weekend.

"It’s exceptional to win four races in a row, but Le Mans is something quite unique," said di Resta. "I think we understood if we came here and did a good job we would be in a position to win this race, but it’s the icing on the cake.

"To take the Hyperpole as well, drive this amazing track on Friday and get the track record, it’s something [special] again."

Both of United's cars would have likely been in the mix for victory come the end of the race had it not been for an oil leak in the 16th hour for the #32 car that cost Alex Brundle, Job van Uitert and Will Owen around 45 minutes.

The trio eventually came home 13th and 11 laps behind the winning #22 entry.

“We got off to a good start, getting up to second from fifth which was nice," recalled Brundle. "We were always in a race with the JOTA car, the sister car and the G-Drive car, but it looked like we could have won the race in all honesty. All three of us had the pace.

"It was a normal driver change from me to Job and then I was on my way to the motorhome when I heard we had started to have issues. It then went from there. But it’s just one of those things.”

Van Uitert added: "I think even with the pace we showed through the night and even after the problem we had we were definitely in it to win it. But Le Mans is Le Mans. You can do everything right and still it can go wrong."