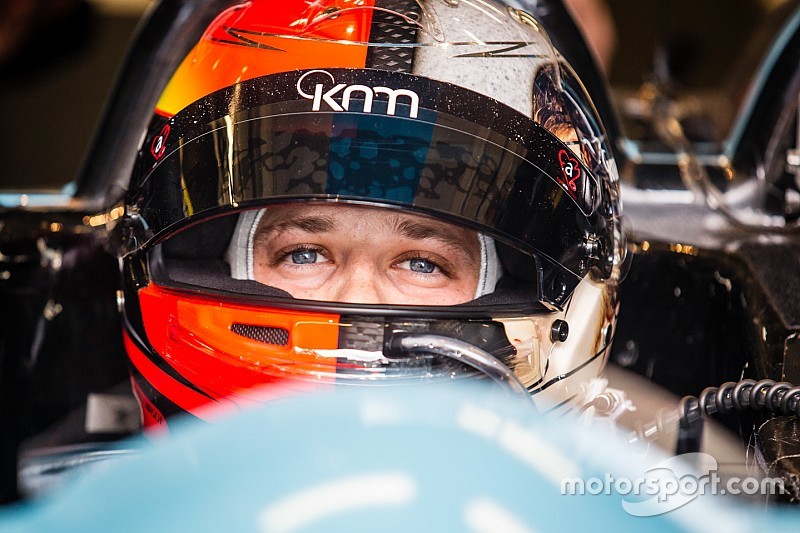 Gary Hirsch and Greaves Motorsport failed to make it to the finish, but they didn't go out without putting up a fight.

Hundreds of stories emerge from Le Mans. Many are heart rending tales of bravura above and beyond the call of endurance duty.

This year, the one standout tale of daring-do out on the 8.47mile La Sarthe track came after Gary Hirsch stopped his Greaves Motorsport Gibson-Nissan with a dead battery in the sixth hour.

What followed is a story that although touched upon by media at the time, is now told in detail from Hirsch’s perspective after Motorsport.com spoke with him post-race.

“I knew I had a problem as I past the pits as an alarm came on in the car about the battery,” recalled Hirsch who was running P2 in the LMP2 category. “Then there was blackout, everything shut down, no radio, no nothing.

"So I went downhill after the Dunlop bridge using my momentum but at the bottom I had no more and had to pull off. The marshals pushed me back.

After about twenty minutes, the dashboard lit up. I couldn’t believe it, but when I pushed the buttons on the steering wheel it all shut down again. That was cruel!

“We had some procedures in case of emergencies like this and I had to try my best to get the car re-started and maybe I learnt more about electrical engineering than I ever will again in my life!

Like all of the entrants, the team prepares for such eventualities as that which befell Hirsch and a tool box, mobile phone and other crucial equipment is stashed away in the car.

Hirsch goes from driver to mechanic

“We have a tool box in the car and also a mobile phone,” confirmed Hirsch. “Plan A was to disconnect the battery and then re-connect it and maybe it would work again. Then we had a safety battery as well which I checked out and connected.

"I had to tape the cables and re-connect but still it didn’t work. So I then took the cable off completely, turned them around to make the connection again but it wasn’t working at all.

“Remember I had no radio but I had some of the mechanics and also my engineer Paul (Anthony) close by in the spectator enclosure. I was doing some signals but I think the body language was enough for them to understand.

Valiant effort, but to no avail

“After about twenty minutes I was still working on it and then the dashboard lit up. I couldn’t believe it, but when I pushed the buttons on the steering wheel it all shut down again. That was cruel!

“I was trying this for over an hour. Everything we could do was done but there just no way it would come to life.

"We had to get the car back to the pits for a simple battery change but there was no way. It was so frustrating as if it had happened 30 seconds earlier I would have come in to the pits!

Hirsch was encouraged by the crowd down at the Esses after Dunlop and they played their part in keeping Hirsch’s efforts going.

“The public were fantastic and very supportive and encouraging,” said the Swiss ace. “I could hear them shouting and telling me to keep trying, that was really nice. I really did my best but in the end there was no way.

“The mechanics did a fantastic job to rebuild the car after the qualifying accident (by Palatou) and the car felt great. We were in P2 and you have to say we would have been there at the end. There are some good memories before the battery problem.

"We just needed a bit of luck and we didn’t get it.”