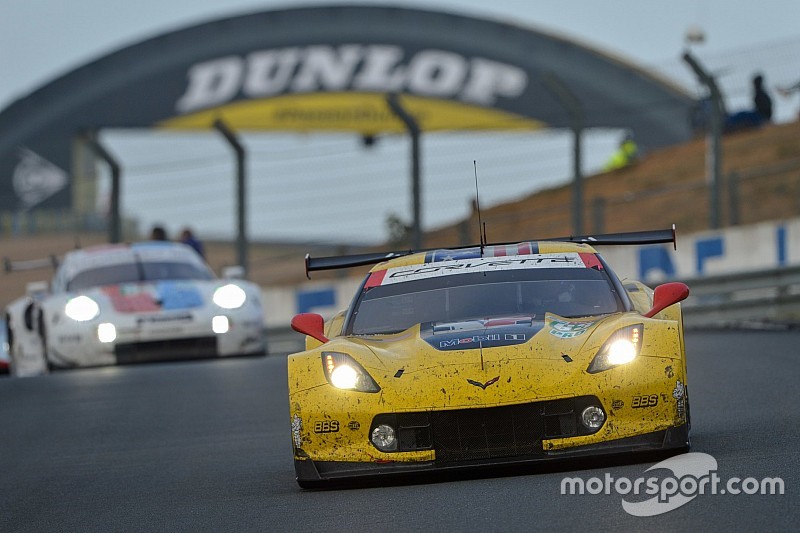 Motorsport.com columnist Jan Magnussen was on track for a fifth Le Mans 24 Hours GTE Pro victory with Corvette Racing until a badly-timed safety car left him playing catch-up – and it all unravelled from there…

The trip started out great, our car was awesome in the test. Both Antonio Garcia and myself made great progress in making the No. 63 C7.R the best race car it could be, and Mike Rockenfeller set the fastest lap of the test day. We were really looking forward for what the 24 Hours of Le Mans would have in store for us.

Practice went really well, consistently quick and the car was handling fantastically in pretty much every weather condition and time of day. Antonio stuck the car third on the grid and, after the green flag, we were leading by the time Antonio handed the car over to me.

We maintained the lead pretty much until sundown, drove through the night without any major issues, and then were right back in it when the sun came back up on Sunday, either leading or P2 depending on where we were in the pit cycle. We had a real shot at the win.

And that’s, unfortunately, when things began to unravel. At Le Mans they use three separate safety cars spaced out around the Circuit de la Sarthe, being behind the right safety car can close up a big gap and being behind the wrong one can put you several minutes behind.

We needed to pit when the safety car came out, we wouldn’t have made it another lap around the 8.467-mile circuit without it, and that meant we had to wait at the end of pit lane for several minutes as the next safety car went by. Waiting at that red light after Antonio handed me the car was absolutely grueling. It felt like we were stuck there forever.

That put us several minutes behind with only three hours left in the race to make it up.

Once we went back green, I was pushing hard to close the gap to the Ferrari ahead. That was my only goal during that stint. Unfortunately, I pushed a little too hard and made a mistake. Even more unfortunately, it was a mistake that forced us to go to the garage for a couple of laps and took us out of contention for the win.

Racing at Le Mans is a game of millimeters, and I just got it that little bit wrong at the Porsche Curves. I really feel for every single person on the Corvette Racing team. They gave us an amazing car, one of the best I’ve ever had at Le Mans, and a strategy that truly could have won us the race.

It didn’t go much better on the No. 64 side of the garage either – Marcel Fassler had a scary crash in the sixth hour that took their car out of the race. As bummed as I am for both sides of the Corvette Racing garage, I’m happy that Marcel was okay after that one.

On the 63 side, we finished ninth. The goal at Le Mans is always to win, but we put in a great effort and can at least be proud of that.

Now, we turn our attention back stateside for the IMSA WeatherTech SportsCar Championship and the Sahlen’s 6 Hours of Watkins Glen.

Hopefully we’ll have a shot at redemption at that one! Watkins Glen should be good for us, it’s a six-hour race, so still a test of endurance, but not quite as grueling as Le Mans. We’ve finished on the podium there the last two years. We were third in 2017 and second in 2018, so it seems like this year we should finish the pattern and win the thing.

I’m really excited to get back into the IMSA championship fight as well. As much as we want to win the race, we’re second in the standings, seven points out of the championship lead and closing that gap is the main focus for the weekend. Winning would be great but winning and finishing ahead of the 912 Porsche would be even better!

I’m confident going into the weekend because I know if anyone can do it, our Corvette Racing team can. They’ve produced championship-winning cars the last three years, including for myself and Antonio the last two, and I really want that third title in a row for us and fourth for Corvette. We can do it without winning a race, like we did last year, but standing on the top step of the podium at a place like Watkins Glen would definitely be a welcome addition to our championship run.