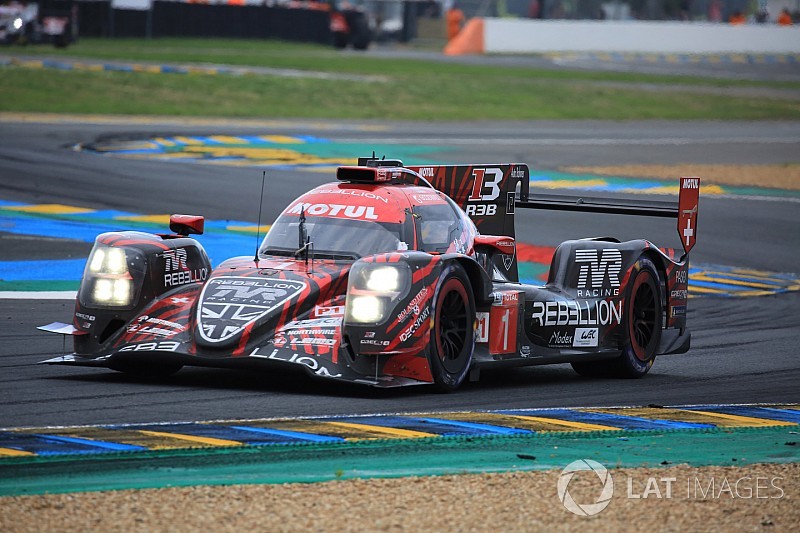 Rebellion LMP1 driver Neel Jani has labelled the 2018 edition of the Le Mans 24 Hours a “procession” and the most “boring” of his 10 appearances in the event.

Toyota’s pair of TS050 Hybrids were a class apart from their privateer LMP1 opponents, with the Japanese marque seizing the chance to finally claim a first Le Mans victory on its 20th attempt.

Such was Toyota’s pace advantage that after just one hour the best non-hybrid car, SMP Racing’s #17 BR Engineering BR1, was one minute 10 seconds off the lead, falling off the lead lap in the third hour.

Rebellion ended up securing third and fourth places with its pair of Oreca-built, Gibson-powered R-13s, 12 and 13 laps respectively behind the victorious #8 Toyota, with the #3 trio of Gustavo Menezes, Thomas Laurent and Mathias Beche winning the battle for third overall in the closing stages.

Jani, who shared the #1 car with Bruno Senna and Andre Lotterer, told Motorsport.com that the sheer size of Toyota’s advantage, especially in traffic, made the race particularly tedious.

“Maybe on one lap clear lap with zero traffic, we are maybe two seconds off [Toyota], but the problem is in traffic the hybrids are so much more flexible to overtake [lapped cars],” explained Jani.

“Our spread between our quickest lap and our average is huge, their spread is a lot smaller because they can be flexible with how they overtake cars in a straight line.

“It was the most boring race I’ve done [here] so far. We’ve had unbelievable races the last five years, so it’s ok to have one boring one at some stage.

“Everyone is happy for Toyota, but it was not a race in the end. It was a procession.”

Jani remarked that such were Rebellion’s difficulties passing traffic that the R-13s could lose upwards of 10 seconds a lap to the Toyotas trying to pass slower cars.

“The LMP2s were better on top speed,” he said. “They re-overtook us at the end of the straights. You get frustrated, like when you’re on the motorway.

"That’s what made it very difficult for us. We could lose 10 or 12 seconds a lap [to the Toyotas], if we were unlucky, if we were lucky three or four.

"We need more top speed, that’s what would make us more competitive.”

Jani and his teammates ultimately lost out in the battle for third to the sister Rebellion entry thanks to a door coming loose and a pair of penalties for exceeding stint lengths in the closing stages.

The door issue meant the Swiss driver had to complete the final three hours of the hour solo, pulling a sextuple stint in the process.

“At the end we couldn’t close the door, so I stayed in for the last three hours,” Jani revealed. “Then we had a slow puncture, so that’s why I came in again.

“After the slow puncture we had no tyres left. We had to put the medium [compound] on, which is not good for the cool conditions.

“But it was not like we [the two Rebellions] could race each other, hunt each other down, it was purely who had more luck at the end. Unfortunately we were on the unlucky side.”

How Alonso's class shone through at Le Mans