Former Audi LMP1 driver Oliver Jarvis believes the GTE Pro field in this year's Le Mans 24 Hours rivals the quality in that existed in the race's top category during the golden age of hybrids.

Jarvis is making his return to Le Mans after a year's absence with the Risi Competizione Ferrari team, sharing the American outfit's Ferrari 488 GTE with Pipo Derani and Jules Gounon.

The Risi Ferrari is the one and only non-factory car contesting the GTE Pro class this year, and Jarvis believes the sheer depth of the competition makes the category at least as strong as LMP1 was during his years racing for Audi Le Mans in 2012-16.

"We’re the odd ones out," Jarvis told Motorsport.com. "It’s mad to think we’re the only private team in the Pro class. When you look down that list, in any class I’ve ever done, there’s always a weak car, a weak link. For a start, the manufacturers involved, then you look at the drivers involved.

"It’s such a top-quality field. For me this year, there’s no other class that even comes close. There’s some real quality in LMP1 and LMP2, but here we have 51 world-class drivers."

Asked if the quality of the field matched that of the LMP1 class during his Audi tenure, Jarvis replied: "In LMP1 we never had the quantity, I think we never got beyond eight [hybrid cars], but the quality was amazing. Here it’s very similar.

"Maybe next year we’ll be looking back at this year as the end of the golden age of GTE, so it’s a real privilege to be part of it."

The Risi Ferrari ended up 14th of the 17 cars in Wednesday night's opening qualifying session, 3.4 seconds adrift of the pace-setting Ford GT driven by Harry Tincknell.

Jarvis said the sheer newness of the #89 car has held the team back so far, but while he has no pretensions of challenging for pole he is more confident about Risi's race pace.

"Unfortunately we’ve had quite a difficult build-up, we didn’t get many laps in the test day," recalled Jarvis. "We arrived with a brand-new car, we had a few small issues and some of them carried over into yesterday. So we’re definitely on the back foot at the moment.

"Last night was really good, we got a good session in, we got a bit more acquainted with the car. And while I don’t expect us to challenge for pole, I do think we are capable of mixing it in the midfield, and we’ll continue to make progress."

He added: "I honestly believe at the moment, race-pace wise we can mix it up and surprise a few people. But a lot depends on how tonight goes.

"We need two clean sessions, we’ve done no real set-up work because we’ve been so limited. I’m quietly confident. We should be able to close the gap and get in the mix." 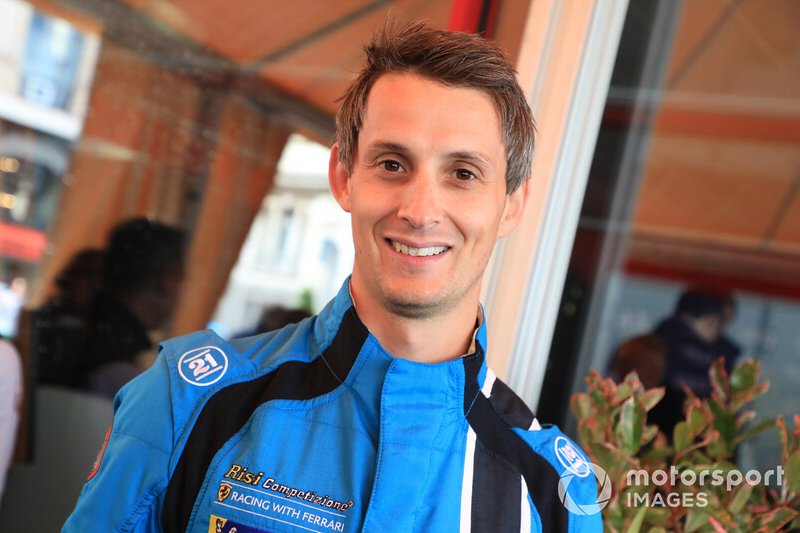