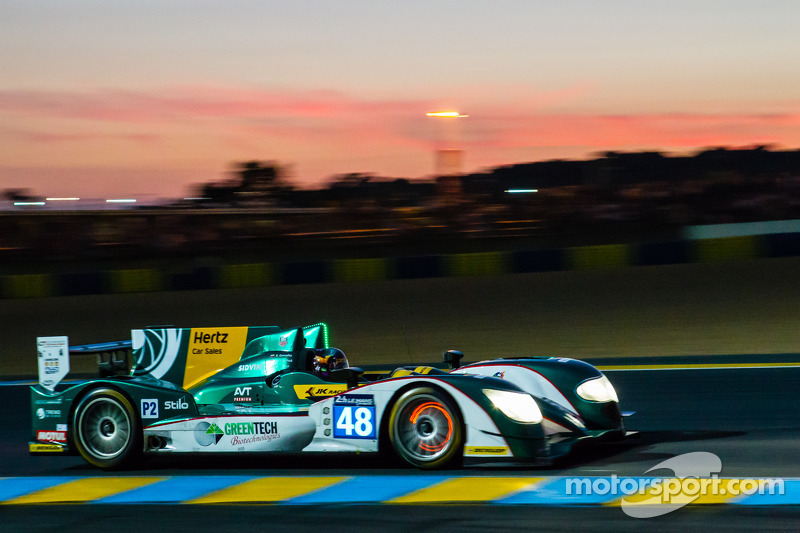 France – Murphy Prototypes have qualified their #48 Oreca 03R Nissan in sixth position for the 2014 24 Hours of Le Mans in the LMP2 category. It's lead driver and only Indian on the grid for the third year running Karun Chandhok was all set to qualify in the top 3 when he crashed into the Indianapolis corner at 270km/h but managed to walk away unhurt. Chandhok will be joined by Rodolfo Gonzalez and Nathanel Berthon as he attempts to put his LMP2 Nissan V8-powered Oreca 03 on the podium in his third attempt.

A mere half a second separated the top six cars in LMP2 in yet another evening of mixed sessions with both red and yellow flags disrupting the running. The team’s best time set in Qualifying Practice Two by Nathanël Berthon looked set to be beaten in the third session by Chandhok, before he crashed out towards the end of the session at Indianapolis.

Chandhok had managed to put the car in 2nd position in the first practice session continuing his good run of form. In last week's test Chandhok was also 2nd and felt very confident with the car. Running all three drivers in Wednesday afternoon’s free practice session, the team picked up on their impressive pace from the Official pre-event test to finish the session in second. The time, set by Chandhok early in the session left the team feeling very confident going into the evening’s Qualifying Practice One.

With largely cosmetic damage, the Murphy Prototypes team is confident that the car will be ready to take its place on the grid at 15:00h on Saturday afternoon for the 82nd running of the world’s greatest endurance race, the 24 Hours of Le Mans.

Karun Chandhok commented, “Well obviously it’s a disappointing end for the boys and for myself. It was a really weird accident that caught me out by surprise. I came out of Indianapolis and on the exit the car just snapped to the right. Fortunately it went quite sharply to the right and hit the barrier square on so the front crash structure seemed to absorb the impact. I am glad I have the day today to recover but am confident of being strong for tomorrow. The car has been competitive all week and we’ve got a good team of guys to get it ready for the race so we should be in good shape.”

Greg Murphy, Team Owner, Murphy Prototypes was looking forward to a good race and hoped to avoid mechanical gremlins. He said, “Once again the car was very good during the final two qualifying sessions. The drivers all did a really good job. It was unfortunate that we ended the evening with a crash with Karun in the car but hopefully that’s all our bad luck out of the way for the weekend now and we can continue with our goal of winning the 24 Hours of Le Mans on Sunday afternoon.”

Chandhok is supported by long term supporters JK Tyre, as well as Tag Heuer, Sidvin and the AVT group.

'The Art of Endurance Driving' - video