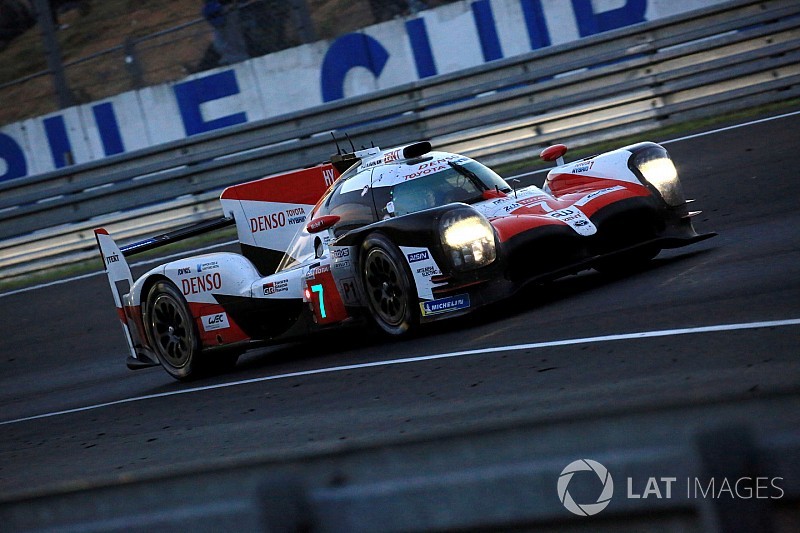 Toyota driver Kamui Kobayashi has revealed that he "forgot" to pit in the penultimate hour of last weekend's Le Mans 24 Hours.

He explained a loss of concentration was behind the mistake that resulted in the #7 Toyota TS050 Hybrid he shared with Mike Conway and Jose Maria Lopez dropping a lap behind the winning car.

Kobayashi had to complete much of the next lap on electric power from the car's hybrid systems and was also given two 10-second stop-go penalties, one for exceeding the 11-lap maximum stint length and one for exceeding maximum fuel consumption in a stint.

"We should have stopped after 11 laps, but I didn't box – I just forgot, that's it," he told Motorsport.com.

He revealed that he and his co-drivers had already given up on trying to beat teammates Fernando Alonso, Sebastien Buemi and Kazuki Nakajima by this point of the race.

"For us the race was gone, so we decided not to take risks, not to be aggressive," he explained. "I slowed down and that is why I lost concentration."

The #7 Toyota eventually ended up being classified two laps down on the winning car because Kobayashi lined up behind Nakajima for a formation finish at the chequered flag.