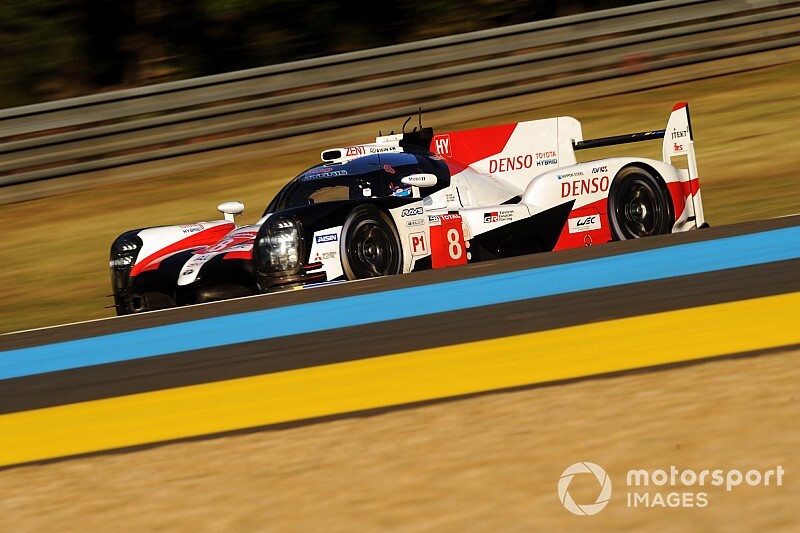 Toyota drivers Kamui Kobayashi and Kazuki Nakajima, winners of the past three pole positions at the Le Mans 24 Hours, have welcomed the new 'Hyperpole' qualifying system.

The new-for-2020 procedure in which the fastest six cars in each class will take to the track in a half-hour session on the second day of qualifying for the FIA World Endurance Championship finale is positive because it will increase the chances of a clear lap, say the Japanese duo.

"I like the idea, it's cool, because it is amazing to drive the Le Mans circuit with no traffic," said Kobayashi, who set the fastest-ever lap of the track in 2017 with a 3m14.791s and claimed pole again last year.

"You never get a clear lap at Le Mans; even on my record lap I had to pass two cars on the straight."

"It is a good move because Le Mans qualifying has always been all about luck with the traffic," he said. "I've done lots of qualies at Le Mans and I reckon I've only ever had one clear lap.

"It's a nice idea and a nice challenge for the driver, because we will be able to go out for qualifying and not have to think about traffic too much."

Kobayashi suggested that the final qualifying session could be split into two groups, LMP1 and LMP2 and then the GTE Pro and Am cars, to increase the chances of a driver getting a traffic-free lap.

The fastest six cars in each class during a 45-minute session between 11.15pm and midnight on Wednesday of Le Mans week will go through to Hyperpole.

The new session takes place from 9:00-9:30pm on Thursday. Each of the 24 cars that have made it through to the final qualifying session will be allowed one run.

The full P1 field will automatically make it through to the Hyperpole session unless the ByKolles entry moves up from the reserve list to bring the class entry to seven cars.

The rest of the grid will be set according to times posted in the Wednesday session within each class.

The field will line up strictly in class order, with LMP1s at the front and GTE Ams at the rear, in another departure for this season.

Free practice will now begin at 3:30pm on Wednesday with a session lasting four and a half hours and will continue with another short session before first qualifying.

ACO confident Le Mans will go ahead amid coronavirus fears