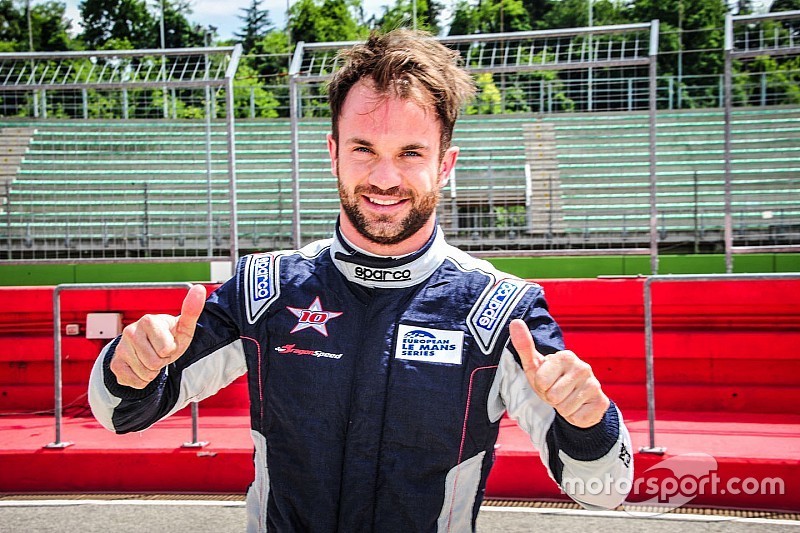 Reports emerged last week in the French media of Lapierre striking a deal to return to the squad he raced for in the FIA World Endurance Championship from 2012 to mid-2014.

The 32-year-old Frenchman was dropped by the Japanese manufacturer after the first four races of the 2014 campaign after making two costly errors in successive races at Le Mans and Austin.

His teammates Anthony Davidson and Sebastien Buemi contested the remaining rounds as a duo, and ended up securing the title for Toyota.

Lapierre – who has since won the LMP2 class of Le Mans twice in a row for both the KCMG and Signatech teams – will therefore make his return to LMP1 competition in May’s 6 Hours of Spa, before making his 10th start at La Sarthe in June.

It’s believed that Porsche factory driver Romain Dumas will replace Lapierre for the Spa and Le Mans races alongside Gustavo Menezes and the yet-to-be confirmed Matt Rao in the #36 Signatech car.

Kunimoto meanwhile entered the frame to join the Toyota Le Mans roster after impressing during testing at Aragon, the Super Formula champion said to have lapped quicker than Sarrazin.

His place in the team appears to have been confirmed by the fact he is absent from the entry list for the upcoming Fuji Super Formula test, which clashes with this weekend’s Monza WEC Prologue.

Ryo Hirakawa, who was previously strongly tipped for the seat, appears on the Fuji test entry list for Team TOM’S alongside Joao Paulo de Oliveira and James Rossiter.

Both of Team TOM’S regular drivers, Kazuki Nakajima and Andre Lotterer, will be present in Monza for the Toyota and Porsche LMP1 teams respectively.

Hirakawa however is expected to still race at Le Mans for his regular ELMS squad G-Drive Racing, joining Memo Rojas and Leo Roussel in the squad’s DragonSpeed-run Oreca 07.

Toyota will present its 2017-spec TS050 Hybrid challenger, along with all nine of its Le Mans drivers, this Friday, the day before the opening day of Monza WEC testing.