While the Toyotas continued unruffled at the front of the 88th edition of the 24 Hours of Le Mans, an intra-team rivalry has just sparked LMP2 to life, and Ferraris and Aston Martins are battling over GT classes. 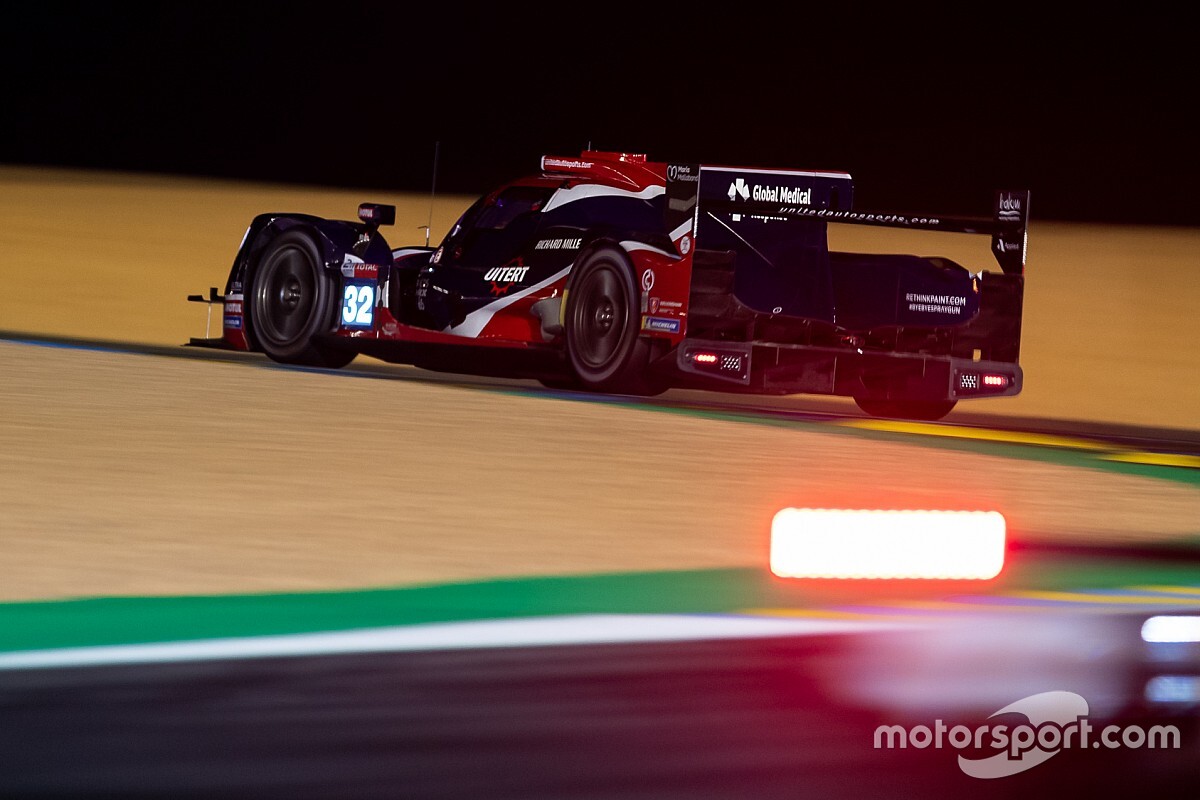 In LMP1, Kamui Kobayashi in the #7 Toyota TS050 Hybrid led teammate Brendon Hartley by about 1.5 laps, while Gustavo Menezes is leading the Rebellion Racing charge, ahead of Romain Dumas in the second Rebellion but two laps off the lead.

Dumas will have 10sec added to his next pitstop due to going too fast in a slow zone while a car was being retrieved.

Thanks to a 55sec pitstop to change his rear wing, Will Owen in the #32 United Autosports Oreca now finds himself hanging on to the lead of the LMP2 class by barely one second ahead of his teammate ex-Formula 1 driver Paul di Resta, and just past the 12-hour mark, di Resta slipped ahead.

The pair are a lap ahead of JOTA Sport’s #38 car currently steered by another ex-F1 driver Anthony Davidson. The G-Drive Racing #26 Oreca of Roman Rusinov was holding third, around a minute ahead of the JOTA car but two hours ago Rusinov lost power, limped back to the pits, and fell to fifth behind Panis Racing’s #31 car.

The #37 Jackie Chan DC Racing has been disqualified for outside assistance while Gabriel Aubry was trying to get the car restarted after stopping on track, and that has allowed DragonSpeed into sixth in class, Renger van der Zande currently at the wheel.

Alex Lynn pulled the #97 Aston Martin Vantage into the pits at 10.50pm local time after a triple stint, and fell only to second after handing off to Maxime Martin, thereby retaining third ahead of Miguel Molina who had taken over the #71 AF Corse Ferrari 488.

When Alessandro Pier Guidi pitted a lap later in the #51 Ferrari 488 he finished his out-lap 7sec ahead of Martin. However, it took just a couple of laps for the British car to move back to the front ahead of the Italian machine, and with Daniel Serra at the wheel, the Ferrari continued to lose time to Martin.

After their 10th stops, when Harry Tincknell took over the #97 Aston from Martin, Serra retained the lead and then started pulling away.

Just before the 11-hours-expired mark, suddenly Sam Bird in the third-placed #71 Ferrari was trickling slowly back to the pits with a right-rear puncture that allowed the Marco Sorensen-driven #95 Aston Martin into third, and the Risi Competizione Ferrari into fourth.

AF Corse pulled the #71 into the garage for an inspection and a brake service and it has now fallen to sixth behind Gianmaria Bruni in the #91 Porsche 911 RSR.

In GTE Am, TF Sport’s #90 Aston Martin Vantage has been leading the similar car of #98 machine of Aston Martin Racing almost throughout the past four hours, with Charlie Eastwood and Augusto Farfus rarely more than 10sec apart, but two minutes ahead of AF Corse’s #83 Ferrari 488, currently piloted by Emmanuel Collard.